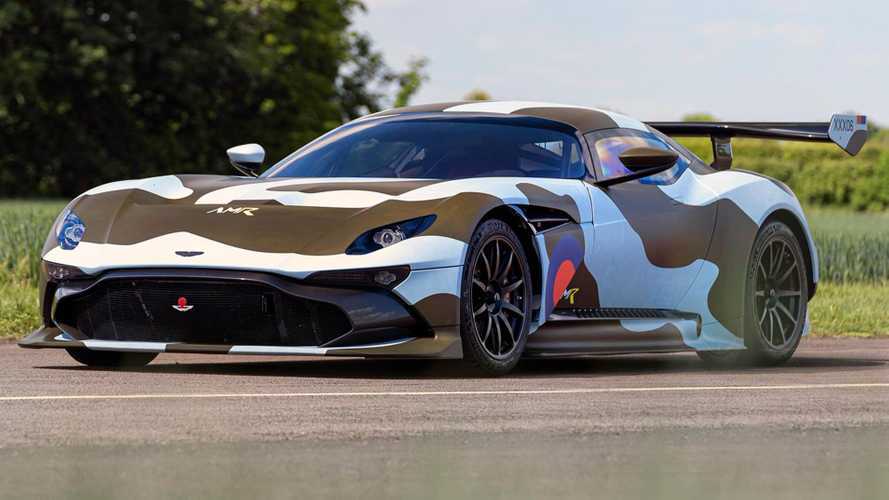 Here's a bombshell: this is the only road-legal Aston Martin Vulcan in the world.

As if the Aston Martin Vulcan doesn't look good enough already, a cleverly decorated one is about to compete in the Gumball 3000 that runs from Mykonos, Greece, to Ibiza, Spain this year. The camouflage pattern mixing a winding green color over a base of light blue (or very pale gray) comes from the Avro Vulcan – a bomber plane serving in Britain's Royal Air Force from the late 1950s to the mid 1980s.

In addition to the special color scheme covering this body, this Vulcan is also unique as the only road-legal example of Aston Martin's generally track-use-only supercar. Youtuber Mr JWW showed off the conversion from RML Group in a video in May.

Compared to the standard Vulcan, the most obvious change to the street-legal version is a set of headlights in the front fenders. There are also now windshield wipers with washers, and the front splitter sits a little higher to keep it from scraping against the pavement since public roads are seldom as smooth as a racetrack.

Live Long And Proser With The Vulcan:

Mechanically, the V12 has modifications to make it comply with emissions. The tweaks include a new exhaust, but Mr JWW's video shows that the car is still plenty loud because he and a passenger wear headphones and microphones when taking a drive. There's also a different clutch and revised gear ratios for making the Vulcan a little more friendly to the driver on the road. The suspension is softer, too.

The Vulcan premiered in 2015 with a 7.0-liter V12 pumping out 820 horsepower in the top power setting. The firm limited production to just 24 total units, and prices allegedly started at over $2 million.