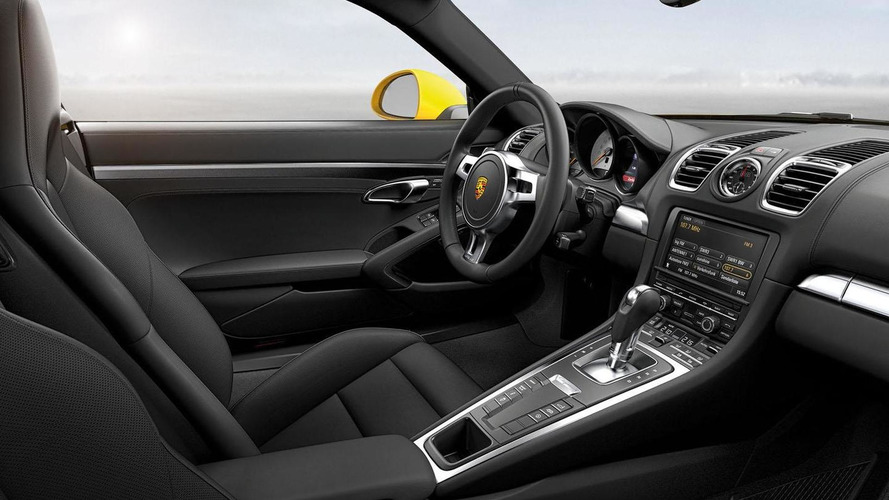 Porsche has taken the wraps off the 2014 Cayman at the Los Angeles Auto Show. It will go on sale in Europe next March.

Porsche has taken the wraps off the 2014 Cayman at the Los Angeles Auto Show.

Essentially a Boxster coupe, the Cayman has familiar styling but is distinguished by unique fog lights and an aluminum hatch that has an integrated spoiler which is higher and deploys at a steeper angle than the one on the Boxster.

The interior carries over from its corporate cousin which isn't a bad thing considering it boasts high quality materials and an elegant design. As part of the change the model is available with several new options including Adaptive Cruise Control, a Burmester audio system and a keyless Entry & Drive system.