It ticks all the right boxes, except for the name and its forbidden fruit status in the U.S.

There was a time when the only compact cars in Mercedes’ portfolio were the A-Class hatchback and the B-Class minivan. In recent years, the lineup has expanded to include not just new body styles, but also a plethora of AMG derivatives for most of these cars. You still can’t get a minivan tuned in Affalterbach, but for just about every other compact model there is, you should be able to find an AMG flavor. 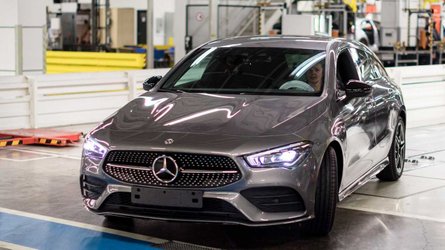 Mercedes Kicks Off Production Of CLA Shooting Brake In Hungary

Case in point, Mercedes-AMG recently expanded its “35” portfolio with a warm version of the CLA Shooting Brake.  Why “warm”? Because the truly hot variant will be the “45” model with more than 400 horsepower and lots of other upgrades over this one. While we still can’t fully get used to the term “shooting brake” on a wagon that has rear doors, we have to give the three-pointed star credit for keeping the CLA Shooting Brake alive for a second generation even in today’s SUV-obsessed market.

Videos released by parent company Daimler provide a closer look at what is effectively the smallest and most affordable AMG wagon, which sadly won’t be available in the United States in AMG or any other form. Even in markets where it will be available, we have a feeling we won’t be seeing much of the CLA 35 Shooting Brake since it’ll be a niche model unlikely to lure in many people that would otherwise buy an SUV.

For those of us with a soft spot for wagons, there’s a lot to like about this car. It’s nearly as attractive as the CLA sedan, but with the added practicality of the reshaped rear end boosting cargo capacity. With a punchy 2.0-liter engine delivering a little over 300 horsepower, it’s also seriously quick as it needs under five seconds to reach 62 mph (100 kph). 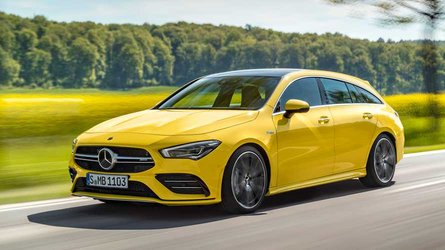 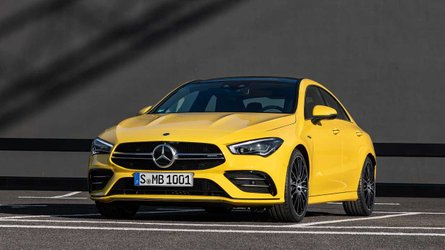 You also get all-wheel drive right from the start, along with a dual-clutch seven-speed automatic transmission that should make longer journeys more enjoyable and relaxing. The subtle styling upgrades over the non-AMG versions should be familiar already as we’ve seen them already on the A35 hatchback, A35 sedan, and the CLA 35. It’s a similar story on the inside where the high-tech cabin has been largely carried over from the other members of the entry-level AMG family.

What’s next for Mercedes’ compact car lineup? That would be GLB, which was teased just yesterday in production form. Of course, a GLB 35 will follow shortly and we’ve already seen spy images of a GLB 45.