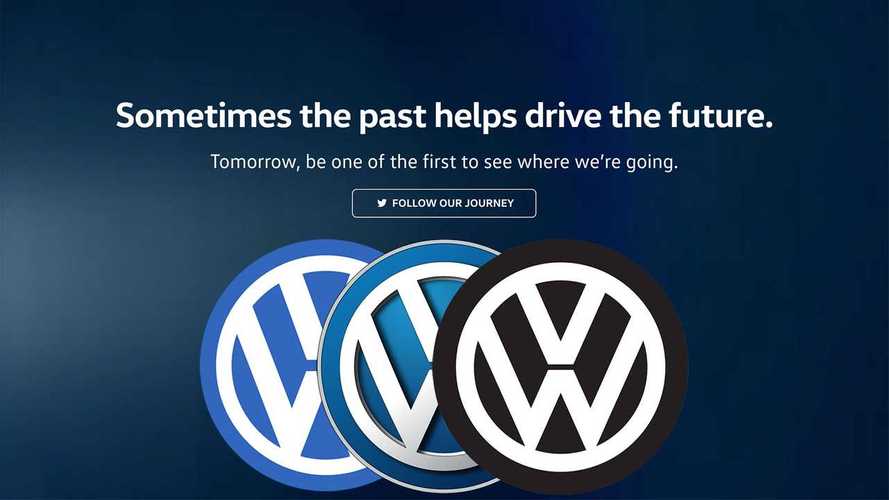 There are a few possibilities.

Volkswagen’s consumer site is greeting visitors with a tease: “Sometimes the past helps drive the future.” It instructs visitors to come back tomorrow “to see where we’re going.” Pair the tease with the automaker updating its logo on Twitter and Facebook, a first since 2012, and it appears the company is gearing up for a big announcement. But what? Is it a pickup truck for the U.S. market? The return of the Beetle, but as an EV? Maybe VW will merge or acquire Ford?

Volkswagen's 8 Upcoming EVs, And When You Can Buy Them

One big hint at what VW could announce tomorrow comes from April 2018 when the company announced it would update its logo ahead of an aggressive rollout of electric vehicles. The company said it’d unveil the new logo sometime in 2019 – and here we are. However, at the time, VW didn’t know what its new logo would look like. Now, with its social media accounts updated accordingly, it appears the new look forgoes the blue and silver three-dimensional look for something much more flat and gray.

So does the new logo mean Volkswagen will announce a plethora of electric vehicles? Maybe. The company has trademarked several names for its all-electric I.D. vehicle lineup including I.D. 1 through I.D. 9, which are a departure from the spunky names it has used on its concepts such as I.D. Buzz and I.D. Crozz. And it was just two months ago when VW debuted the I.D. Roomzz (below), a 280-mile SUV all-electric SUV concept. VW hasn’t been quiet about its electrified future.

Whatever tomorrow brings, it could signal a significant shift for the brand. The original Bloomberg story from April 2018 story has more than a few nuggets that could hint at tomorrow’s announcement, closing with a quote from Jochen Sengpiehl, the brand’s chief marketing officer. “The big challenge is: How do we get people into the electric world,” Sengpiehl told the publication. “We want people to have fun with us. We need to get more colorful.”

A major EV announcement would be one way to entice customers. But gray is far from colorful.