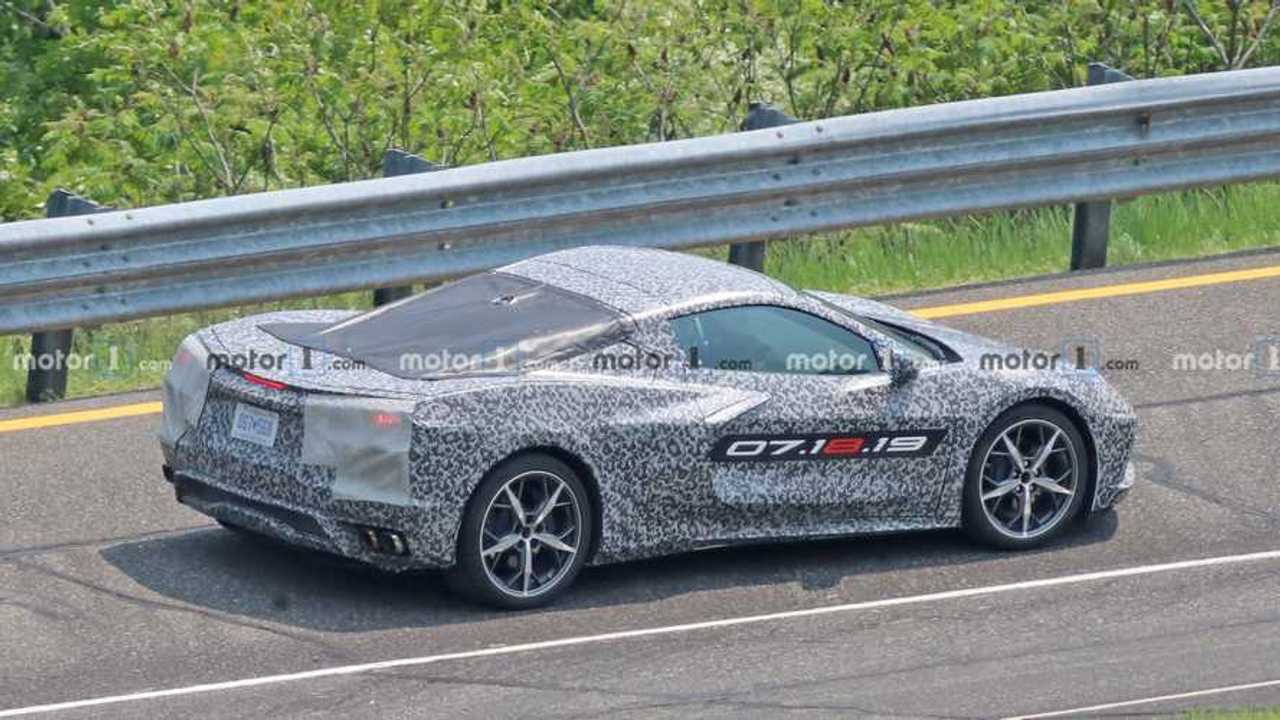 Could we see this setup on the C8?

The mid-engined Corvette shows its face officially on July 18th. But with a mere month left until its debut, details on the super coupe are still leaking. Today we learn that the C8 could have an eight-speed dual-clutch transmission.

The details come from a user on the MidEngineCorvetteForum, who uncovered a patent filing from General Motors for an eight-speed dual-clutch transmission. Though filed on November 13, 2015, the U.S. Patent and Trademark Office granted GM the patent for the updated transmission today, June 4, 2019. The 12 pages of detail are complex and show the GM-built eight-speed extensively, piece by piece.

Take a look at some of the images below, ripped directly from the patent. Or head directly to the USPTO website and pore over the entire text.

What's important to note is that nowhere does the copy suggest dedicated use of the transmission on the C8 Corvette – or any vehicle, for that matter. If this new gearbox is for the Corvette, it contradicts reports of six-, seven-, and 10-speed transmissions specified previously. But, it's hard to imagine its application elsewhere.

The mid-engined Corvette (based on what we know) promises an expansive lineup with multiple engine options. The base, V8-powered model – which our spy photographers captured yesterday – could use either a new 4.2-liter V8 or carry over the same 6.2-liter unit available on the C7. A 1,000-horsepower (746-kilowatt) hybrid is also on the docket, as are multiple mid-range options.

All engines and trim levels, regardless of displacement, should have a dual-clutch gearbox to keep up with the competitive set. Whether it will be the eight-speed DCT mentioned here, or something else entirely, remains to be seen. As mentioned, the mid-engined Corvette makes its debut mid-July in Southern California.