Ford Will Kill The Fusion Sport For The 2020 Model Year 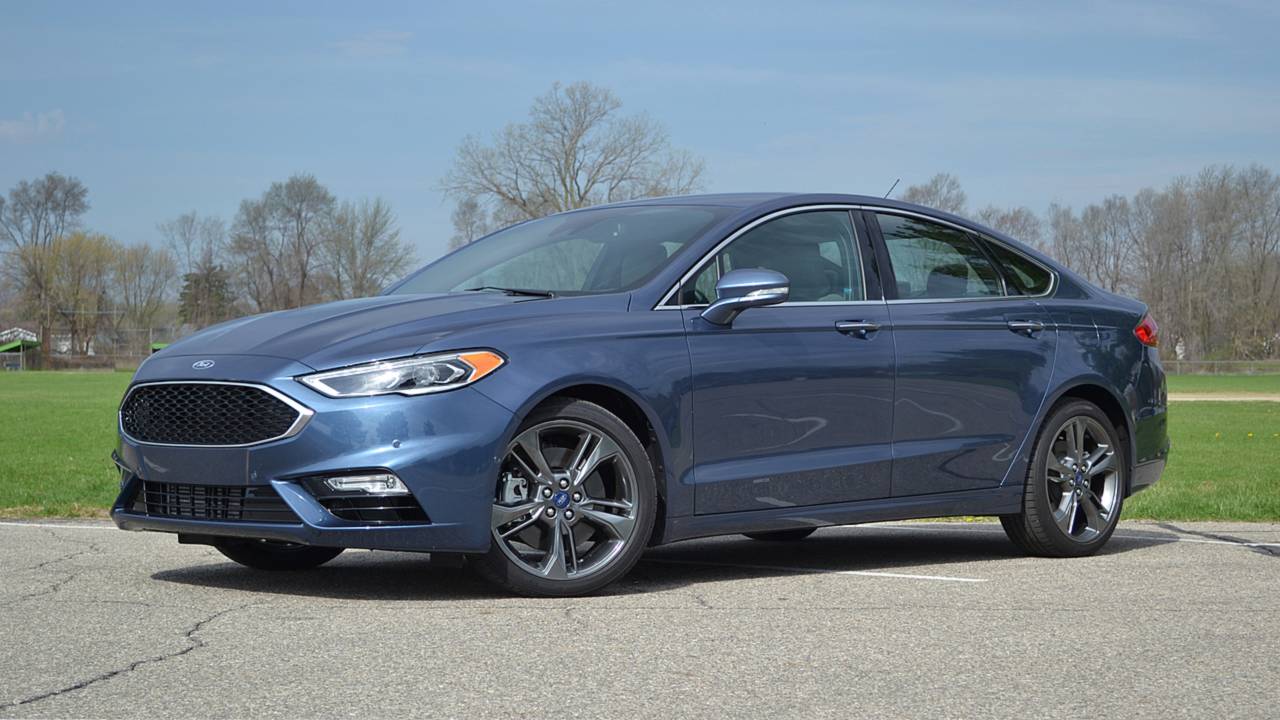 The sedan era continues winding down.

The death of the sedan is upon us, and automakers are ditching them faster than they ditched station wagons 20 years ago. With every great extinction, there are those that somehow survive, beaten and battered. However, not all are lucky, and it looks like the next casualty—a vehicular canary in the coal mine—is the Ford Fusion Sport. According to Cars Direct, Ford will discontinue the Fusion Sport for the 2020 model year.

The Sedan Isn't Dead Yet:

A Ford spokesperson told the publication eliminating the model would help the brand focus on styles consumers want. However, even Fusion fans should hurry to their local dealership, as the 2020 model year is the last year for the venerable sedan Ford introduced in 2005 for the 2006 model year.

What made the Fusion Sport attractive when Ford introduced the latest generation for 2017 was its powertrain. Under the hood is a 2.7-liter EcoBoost V6 rated at 325 horsepower (242 kilowatts) and 380 pound-feet (515 Newton-meters) of torque. A six-speed automatic sends power to all four wheels. Now, without the Fusion Sport, the most potent engine for the Fusion is Ford’s EcoBoost 2.0-liter, which process 245 hp (182 kW) and 275 lb-ft (372 Nm) of torque.

Ford never made the Fusion Sport really stand out from the crowd. It wears subdued visual cues such as 19-inch wheels and a quad-tipped exhaust to denote its sportier aspirations. However, it is expensive—the 2019 model starts at $41,010, including the destination charge. Inside, any hint you were in a sportier version of the Fusion is just as obscured. The most obvious indicator is the Sport badge on the trunk, but that’s about it.

The Fusion Sport’s earlier departure is just a preview of the Fusion line disappearing completely from Ford’s lineup. Automakers are going all-in with crossovers, trucks, and SUVs, and low-profit models like the Fusion with its falling sales are the victims. If you don’t get your Fusion Sport now, you may be able to get a good deal on a lightly used one in a few years.