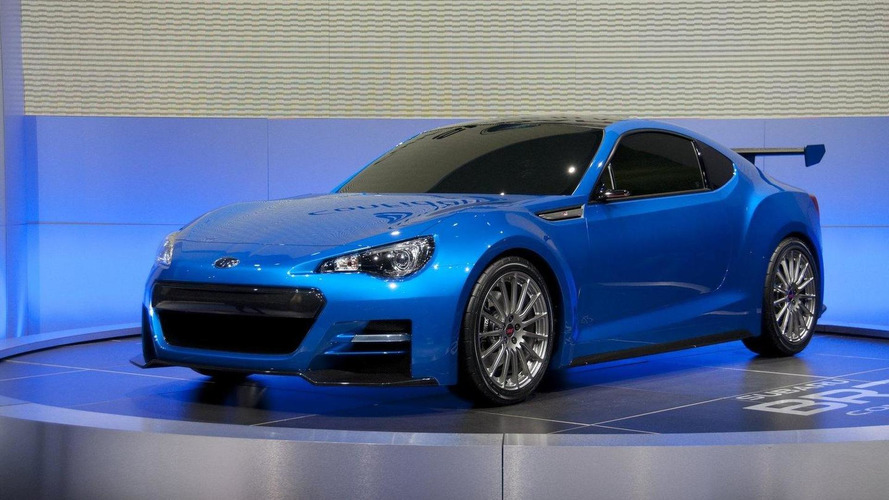 The Subaru BRZ STI should arrive in showrooms next spring and is expected to cost from around 27,000 GBP.

The Subaru BRZ STI should arrive in showrooms next spring and is expected to cost around 27,000 GBP.

We saw a concept version at last year's L.A. Auto Show, and now Auto Express is reporting that a production model is slated for a spring launch in Japan, followed soon after by United States and Europe.

The most important news is that it won't be turbocharged due to engine bay space limitations as there isn't enough room to squeeze in an intercooler. The good news is that power will be raised at up to 230 hp (171 kW) thanks to variable valve control system tweaks and an increased rev limit past 7,500 rpm. Dampers and springs will also be upgraded, along with the addition of four-piston STI brakes and 18-inch alloy wheels wrapped around in grippier rubbers.

In terms of design, the BRZ STI will get a front lip spoiler, updated grille, different side skirts and a large rear wing. Bucket seats and additional dials are expected inside the cabin.

Gallery: Subaru BRZ STI arriving next spring with 230 hp and no turbo - report