Porsche Bergspyder Is A Lightweight Sports Car That Never Happened 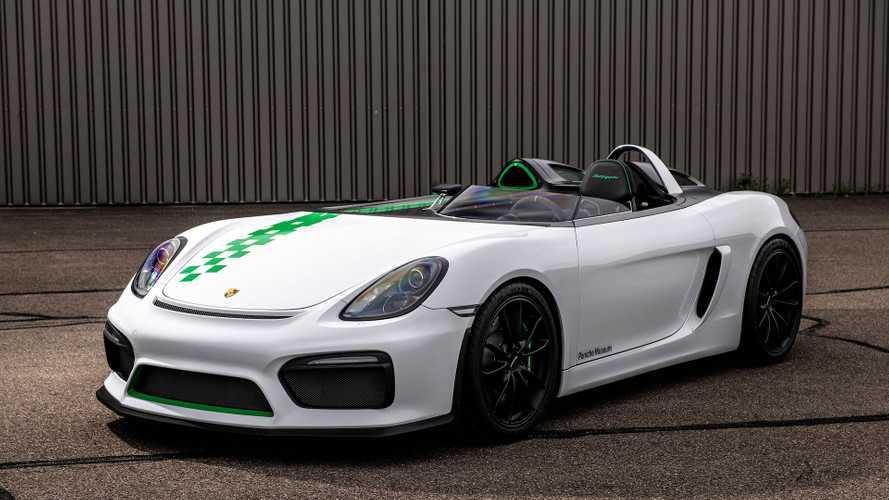 Here's the story behind the one-off sports car that never hit production.

In 1968, Porsche built the 909 Bergspyder – a one-seater lightweight speedster that's built specifically for hillclimb races. It wears a white and green livery with a ready-to-drive weight of only 384 kilograms (847 pounds). It was a short-lived model, but that wasn't supposed to be the end of the Bergspyder name.

Little did we know, Porsche has commissioned a project group from Weissach to build a lightweight sports car based on the 981 Boxster in 2015. The target was to create a "radical and uncompromising" design than the Boxster Spyder while being light and minimalist as possible. Inspired by the 909 of the late '60s, the result was the 981 Bergspyder that carries the same white and green livery.

A roofless single-seater sports car without door handles nor windscreen, the 981 Bergspyder was the modern interpretation of the 909, albeit, a bit bigger. Just like the hillclimb racers of the '60s, the 981 Bergspyder had a flat, transparent wind deflector that extended around the driver. A tarpaulin made of faux leather was then designed to extend to the carbon fiber compartment, which was reminiscent of the 1954 Porsche 356 Speedster

While the underpinnings were shared with the third-generation Boxster, the 981 Bergspyder's interior was inherited from the 918 Spyder, including the seats. The concept might have looked like a one-seater but its passenger door can be opened and housed a compartment for a helmet, a removable cover for the driver's seat, and additional luggage.

Who Wouldn't Love To Drive A Modern Speedster?

It could have been all green for the 981 Bergspyder except for one thing: the question of registration eligibility in some countries that could affect potential sales. Because of that, Porsche didn't push through with the project and remained as a one-off concept.

The ready-to-drive Bergspyder was displayed in Weissach before the Porsche museum, but it will be publicly displayed for the first time at the 2019 Gaisberg hillclimb race.