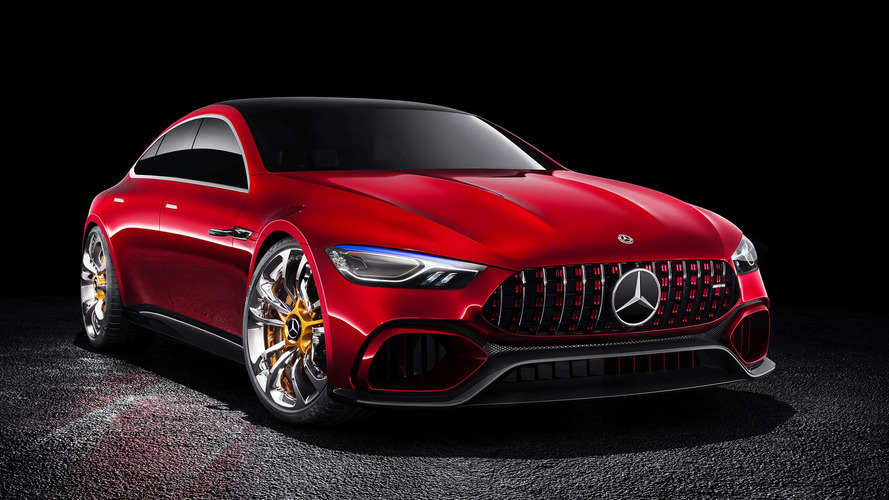 More proof hybrids don't necessarily have to be boring.

When Mercedes-AMG previewed what was to become the confusingly named GT 4-Door Coupe, the concept exhibited in March 2017 at the Geneva Motor Show rocked a hybrid powertrain with a twin-turbo 4.0-liter V8 and an electric motor. The conventional engine was installed in it’s usual place at the front and worked together with the e-motor at the back to enable an immense combined output of 805 horsepower (600 kilowatts).

The folks from Affalterbach have since confirmed plans to put the hybrid powertrain into a production model, and now it looks like we won’t have to wait much longer. The GT 4-Door Coupe in the 63 S guise is already the most powerful Mercedes production model outside of the Project One, but the rumored GT73 will take things to a whole new level by packing around 800 hp. According to Autocar, it’s due for a release as early as next year.

The British magazine actually has a few spy shots (see source link below) of an interesting prototype featuring an intricate electrical system that likely indicates the test vehicle had a hybrid powertrain. Not only that, but Autocar learned from spy photographers the test mule drove away without making any engine noise, so it must’ve been in electric mode.

The decision to slap on the “73” badge would make sense since Mercedes has used it in the past for several special cars, like the super-rare SL73. We might also see it on flagship versions of the G-Class and next-generation S-Class since trademark filings from February 2018 revealed nameplates such as a “G73” and an “S73.” The “GT73 4Matic+” moniker has also been registered by the three-pointed star, and it will represent the company’s answer to the Porsche Panamera Turbo S E-Hybrid and its “only” 677-hp output.

The Future Of AMG:

Mercedes-AMG To Kill RWD, All Future Models Will Be AWD

Mercedes-AMG To Electrify Every Single Model With PHEV Setup

It is believed the extra hardware compared to the GT63 S won’t add a considerable amount of weight to the GT73, which will allegedly lower the 0-62 mph (0-100 kph) from 3.2 to only 3.0 seconds. Aside from boosting the sedan’s acceleration, the hybrid component will also enable the car to offer a pure electric mode for as much as 31 miles (50 kilometers).

When it will eventually arrive on the market, expect the GT73 to command a significant premium over the $159,000 GT63 S. For reference, the Porsche Panamera Turbo S E-Hybrid starts off at $186,200 in the United States.