2020 Mercedes GLB: Our Best Look Yet Thanks To New Spy Shots 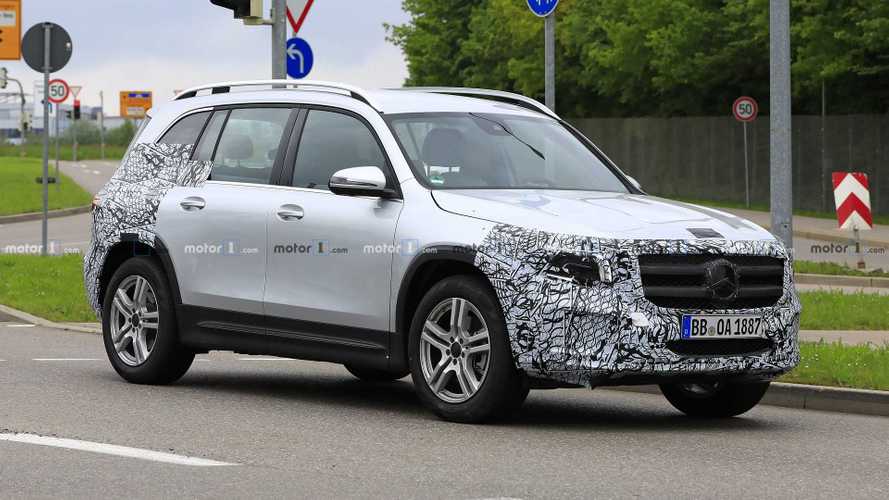 The seven-seat compact SUV will debut this summer.

We admit that we’ve been bombarding you lately with spy content about the Mercedes GLB, but trust us when we say these are the best images to date of the new SUV. The biggest model to ride on the MFA platform tailored to compact cars was seen testing as a near-production prototype in Germany where the GLB is currently undergoing final testing.

Mercedes has taken off a good chunk of the camouflage to reveal more of the GLB’s final metal, while the headlights and taillights are also mostly uncovered. To no one’s surprise, the final version of the GLK’s spiritual successor will be a spitting image of the Concept GLB unveiled about a month and a half ago at Auto Shanghai.

The showcar (pictured at the bottom) was presented in rugged clothing with a lifted suspension, off-road tires, and beefy plastic body cladding on the wheel arches. While the production model won’t have those, Mercedes has admitted it’s toying around with the idea of an off-road package or trim for the upcoming GLB, but a final decision is still pending.

The idea behind developing the GLB came after Mercedes execs ruled out a seven-seat version of the new B-Class minivan as an opponent for the BMW 2 Series Gran Tourer MPV. With SUVs being all the rage these days, Daimler wasted no time in deciding to squeeze a new high-riding model between the GLA and the GLC. It will be offered in both five- and seven-seat configurations, with a choice between front- and all-wheel drive, along with manual and automatic transmissions. Spy shots have revealed there will even be “35” and “45” AMG versions. Basically, the new GLB will offer something for everyone looking for a compact premium SUV.

Mercedes will introduce the GLB sometime this summer and will sell its shiny new made-in-Mexico SUV in the United States. Come 2021, a fully electric EQB will be added to the lineup.