FiftyTen Turns The Bed Of Your Truck Into The Ultimate Camper 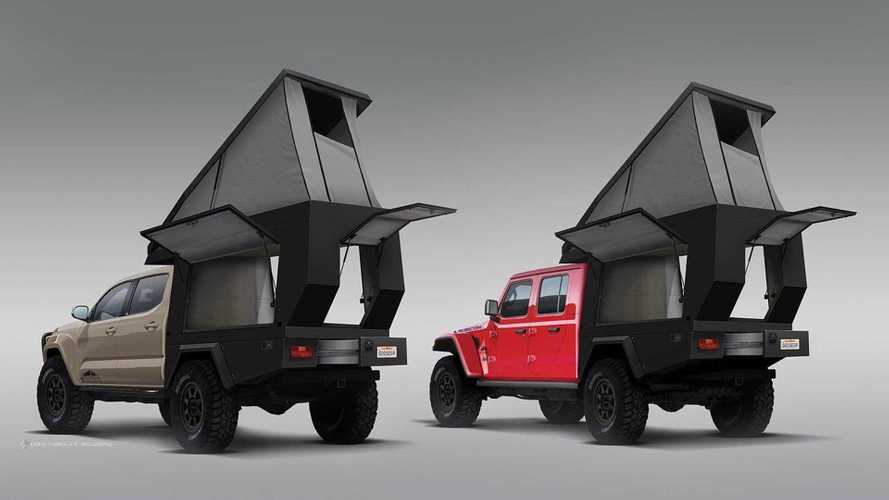 The interiors are from Goose Gear.

New, innovative campaign equipment is appearing everywhere. If it has wheels, there’s a way to turn it into the ultimate camper and overland machine. At Overland Expo West a few weeks ago, a German company called FiftyTen announced it would partner with Goose Gear for U.S. distribution. The company turns the bed of a pickup truck into the ultimate camping machine, and it’s pretty neat.

The basis for the system is what the company walls the tray. Not only does it allow access from all three sides, but it also features a tidy storage space for all your equipment. Next is what’s called the box, which houses a host of features. On top of that is the tent, which pops open in a matter of seconds, according to the company. Right now, FiftyTen says the system fits Ford, Toyota, Nissan, Ram, and Jeep vehicles. The company says it’s working on expanding its portfolio by adding new models.

Goose Gear is providing the interiors with its S-Series modular system. The modules are sold individually and are open on the sides; this way, you can latch several together before adding the end pieces. This cuts down on weight and cost. Goose Gear also offers countertops, too, cut to the customer’s layout, though something like that may not fit in the FiftyTen tent.

Pricing starts at $11,990 for a mid-size tray. The large-size tray begins at 13,990. The mid-size cabin and tent starts at $20,890 while the large-size cabin and tent cost $23,690. The prices are steep, but converting the bed of a pickup into not only a suitable but functional camper isn’t easy. Space is limited, and fitting almost everything one could need into it takes some creative engineering.

Either way, the FiftyTen system is a neat way to turn any truck, flatbed or otherwise into the climate overland vehicle. There are some wonderfully fun possibilities with the system, and anything that gets people spending a bit more time outdoors is a win in our book.