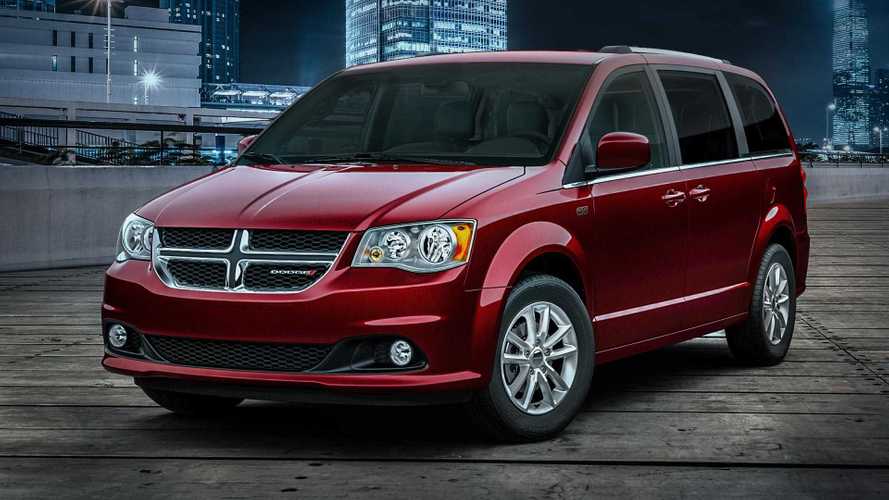 The minivan is a much-maligned segment of the automotive industry, often the butt of crude jokes. However, back in 1984, when Dodge created the segment with the Caravan, it became a sensation, marking the demise of the station wagon, the preeminent family hauler at the time. Thirty-five years later, the Dodge Caravan soldiers on alongside the Chrysler Pacifica even though the two are wildly different today. To celebrate the 35th anniversary of its minivans, Fiat Chrysler Automobiles has announced the pricing for its 35th Anniversary Edition pack, which is available for both.

The Minivan Future Is Murky:

New Chrysler Pacifica To Be Announced Within Two Months?

We’ve previously detailed what the 35th Anniversary Edition pack adds to both the Dodge Grand Caravan and Chrysler Pacifica and Pacifica Hybrid, which are all aesthetic pieces. At the time, we didn’t have any pricing information, but FCA has now changed that. The pack is available on the Pacifica Touring L trim for $2,015, which also adds Mopar overhead DVD, 18-inch wheels, and eight-passenger seating. On the Touring L Plus, the package costs $1,420 while adding a dual-pane sunroof, and eight-passenger seating. For the Limited it costs $695 and adds 20-inch wheels.

On the Pacifica Hybrid Touring L, the package is $1,390, also adding the Premium Audio Group pack and its 13 Alpine speakers, Uconnect 4C with navigation, and 17-inch wheels. The 35th Anniversary Edition pack for the Hybrid Limited trim is $695 and also adds 18-inch wheels.

For the Dodge Caravan, the package costs $2,800 on the SE, which also adds second row Stow ’N Go, and a power driver’s seat. The package for the SXT trims costs $1,595 while adding navigation, the Driver Convenience Group—heated front seats, heated steering wheel, and second-row window shades.

While the Chrysler Pacifica replaced the old Town & Country for the 2017 model year, the Dodge Grand Caravan has soldiered on unchanged since 2008. It’s crazy to think an 11-year-old minivan would still be around today, but Dodge has had great success continuing to sell aging vehicles on ancient platforms. Just look at the Dodge Challenger. In 2018, Dodge sold 152,000 Grand Caravans. If it’s not broke, don’t fix it.

With more than 14.6 million minivans sold globally since 1983, FCA US tops the segment, selling twice as many minivans as any other manufacturer over the past 35 years, and remains the leader with 55 percent market share in 2018 – the highest ever attained.

FCA US invented the modern minivan for the 1984 model year with the Dodge Caravan and Plymouth Voyager. The first luxury minivan, the Chrysler Town & Country, debuted in 1989.

The company still leads the way with the best, most innovative vehicle to move people and things – 115 minivan-first innovations. Through all six generations of the minivan, FCA US has continued to deliver versatility, functionality, safety and technology.

Celebrating its status as the most awarded minivan of the past three years with more than 100 awards, the Pacifica revolutionizes the minivan segment by offering class-leading gasoline and hybrid powertrains and nearly 40 new minivan-first features.

The S Appearance package can be added to any 35th Anniversary Edition Pacifica or Pacifica Hybrid for an even sportier, blacked-out, customized exterior.

Inside, an all-black interior features Cranberry Wine accent stitching on the seats and door trim, a Piano Black console and IP accent, and a 35th Anniversary embroidered logo on the front floor mats.