Don't worry, it won't be a hybrid.

We first heard rumors about Lamborghini’s plans to launch a performance version of the Urus SUV earlier this month but details were really scarce. According to Motor Trend's Jonny Lieberman, the super-SUV, tentatively called the Urus Performante, will debut in about two years from now with more power, less weight, and aerodynamic improvements. We tasked our artists to imagine what the model could look like and we got this brutal high-riding Lambo.

Obviously, most of the visual changes are focused at the front where we find a completely overhauled fascia with massive air intakes in the bumper and a large diffuser. At the side, there are new and more aggressive skirts and just above them is a wide stripe with the Italian flag. The wheel arches are beefier and there’s also a set of larger Y-spoke wheels wrapped in the brand's signature performance Pirelli tires. At the back, there’s a new fixed spoiler.

As far as the mechanical upgrades are concerned, word on the street is the performance Urus won’t use a hybridized powertrain and will rely on a traditional large-displacement internal combustion engine. Currently, the Rambo Lambo has a twin-turbocharged 4.0-liter V8 with 641 horsepower (478 kilowatts) and 627 pound-feet (850 Newton-meters) mated to an eight-speed automatic. These are already some impressive numbers and we are eager to find out what output the potential Urus Performante could pull out. Most likely, it will carry over with the current V8. 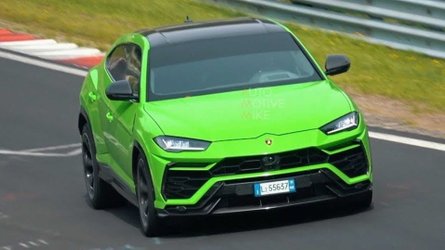 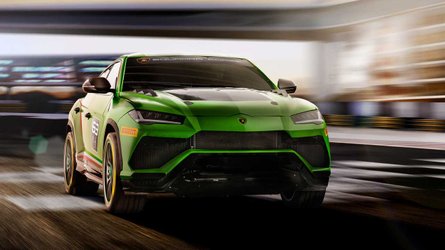 In addition to the boosted power, expect to see some suspension tweaks and probably bigger brakes. Some modifications to the interior are also possible like new sports seats with hefty bolsters, lots of carbon fiber, and Alcantara upholstery accents.

We are still waiting for an official confirmation about the performance Urus but we expect to hear more in the coming weeks.