Pricing updates from Ford are coming hot and heavy right now, with new dollar figures for the Ford Escape and Ford Mustang EcoBoost High Performance Package popping earlier this week. Today we uncover more Mustang pricing, this time for the limited-edition 2020 Bullitt. If you were hoping for a manufacturer-sourced price drop, you’ll be very disappointed. 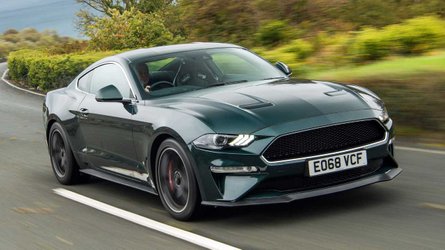 Ford Takes The Mustang Bullitt To The Isle Of Man 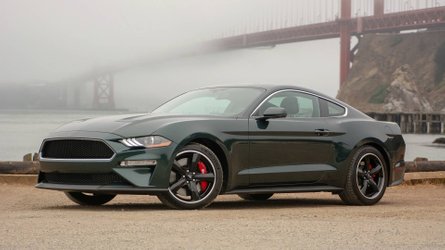 According to CarsDirect, the Hollywood-themed model gets a $1,215 price bump compared to last year, bringing the Bullitt’s MSRP to $48,905 after destination charges. We’d love to say that extra cost brings buyers some added kit, but sadly, it appears to be the same car as last year. For those who may not remember the Bullitt’s details, it packs 20 extra ponies under the hood thanks to changes in the intake system and a retune of the car’s 5.0-liter V8, which develops 480 horsepower (358 kilowatts) all total. It also wears a special appearance package that includes the iconic shade of Dark Highland Green with minimal badging, and it’s tricked up with several equipment packages that are optional on the GT.

The price increase isn’t monumental by any means, but it does come as a slight surprise considering the lack of added equipment to justify the jump. The increase also comes at a time when Mustang sales as a whole are down considerably in the U.S. compared to recent years. 75,842 Blue Oval Pony Cars sold last year, marking the Mustang’s worst yearly sales performance since 2011 and extending a year-over-year sales decline that started in 2016. After posting a slight gain in January of this year, month-over-month sales dropped slightly in February and drastically March, making it the car’s worst March performance since 2010 – a time when the auto industry was in turmoil. The Chevrolet Camaro isn’t faring any better, but Dodge Challenger sales – while still lower overall – have held fairly steady in recent years.

Despite claiming the title as the world’s best-selling sports car, we suspect Ford is well aware of waning Mustang interest in North America. Perhaps that’s why we still don’t have pricing or confirmed horsepower levels for the 2020 Shelby GT500.