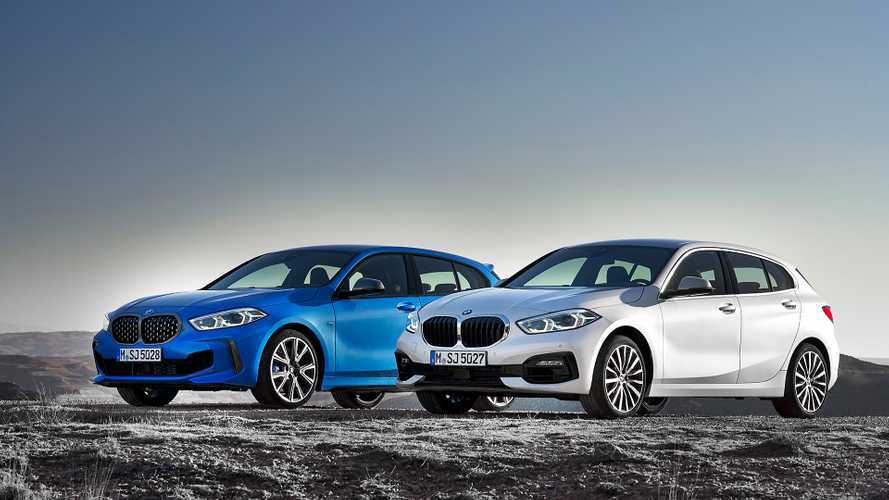 The compact's FWD makeover should make it more competitive in the segment.

The new BMW 1 Series is now among us, and while it doesn’t look tremendously different from the previous generation of the compact hatchback, it’s a new machine from the ground up. The biggest news is the switch to a front-wheel-drive platform, which might upset rear-wheel-drive BMW purists but all indications are the new 1 Series should be a big step in the right direction. Especially if the Munich-based firm hopes to better compete with Mercedes-Benz and the fresh A-Class.

The New 1 Series Is Here:

To help walk us through the new car, BMW’s Head of Design Domagoj Dukec took to Facebook with an in-depth tour of the compact from front-to-back. Naturally, it starts with a larger Kidney Grille up front that brings the car more in line with BMW’s other offerings. The headlights are mounted a bit higher to also reflect BMW’s current design language, and in top-tier M135i trim, the front fascia is a bit more muscular as well.

Along the side, a new character line running beneath the door handles gives the car a bit more visual punch, while the rear has sharper lines with the L-shaped taillights as and an aggressive lower fascia. And by switching to a front-wheel-drive platform, the 1 Series gains a bit of interior space while actually shrinking slightly out on the outside.

Interestingly, Dukec talks at-length about the platform shift to front-wheel drive. He concedes that customers in the entry-level segment weren’t particularly interested in having a rear-wheel-drive runabout, but he also states that modern technology allows for a front-driven 1 Series to have higher levels of performance. To that end, the new 1 Series does offer a range-topping 2.0-liter turbocharged mill generating 302 horsepower (225 kilowatts) that goes to all four wheels through an eight-speed automatic. If that sounds familiar, it should – the Mercedes-AMG A35 also sports a boosted 2.0-liter mill with the exact same power, turning all four wheels. Coincidence? Not likely.

Whether or not buyers respond positively to the new 1 Series remains to be seen, but it’s clear BMW is hoping to capture sales from both Mercedes-Benz and Audi. The car makes its public debut later in June during the automaker’s #NextGen event where the new 8 Series Gran Coupe will also be revealed. It goes on sale in September.