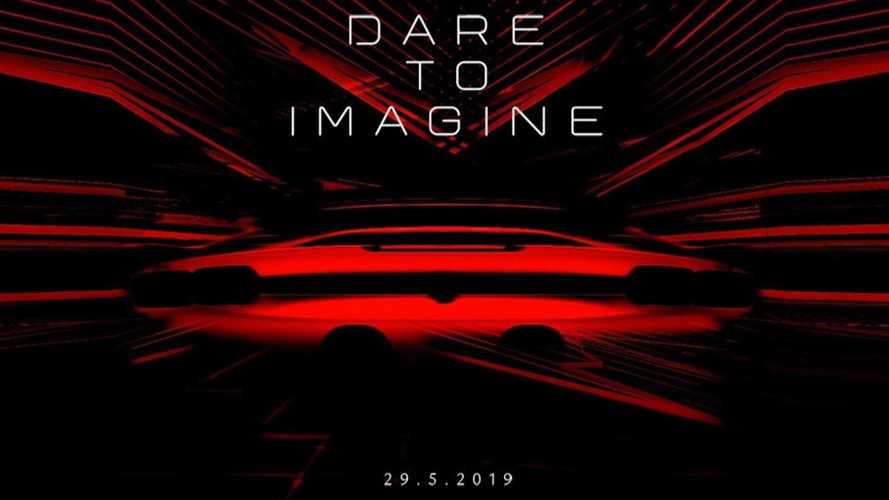 All will be revealed on May 29.

The hype is real, folks. In just two days from now, we’ll finally get to see the all-new Ferrari hybrid we’ve been patiently waiting to check out for quite a long time. Spotted not long ago wearing an extensive amount of camouflage, the new Prancing Horse carrying the yet-to-be-confirmed F173 codename is being teased by the Maranello squad on social media channels to generate more buzz around its official reveal set for May 29.

Far from being the most revealing teaser image, the adjacent image provides us with a glimpse of the car’s rear end. As we pointed out when dissecting the heavily disguised prototype, the car appears to have quad square taillights some might joke around by saying their shape is reminiscent to those of the Chevy Corvette C4. There’s an arc-like spoiler extending from one corner to the other of the inner taillights, while in the middle there will probably be black panel in the same vein as the gorgeous Ferrari J50.

Also noticeable is the third brake light below the integrated spoiler and what seem to be two large cutouts for the massive exhaust tips prototypes have been exhibiting during final testing around Maranello. While it’s impossible to make out all the details just by looking at this relatively vague render, it does seem the car will stand out in terms of design among other Ferraris.

If the rumor mill is accurate, we’re looking at a hybrid supercar packing a mid-mounted twin-turbo 3.9-liter V8 and three electric motors for a combined output of 986 horsepower. It’s said to have all-wheel-drive to efficiently put all that power to the road and help the electrified Ferrari hit 62 mph (100 kph) from a standstill in two seconds flat.

As usual, we’ll be keeping an eye on Ferrari’s social media accounts for more teasers ahead of the car’s Thursday premiere.