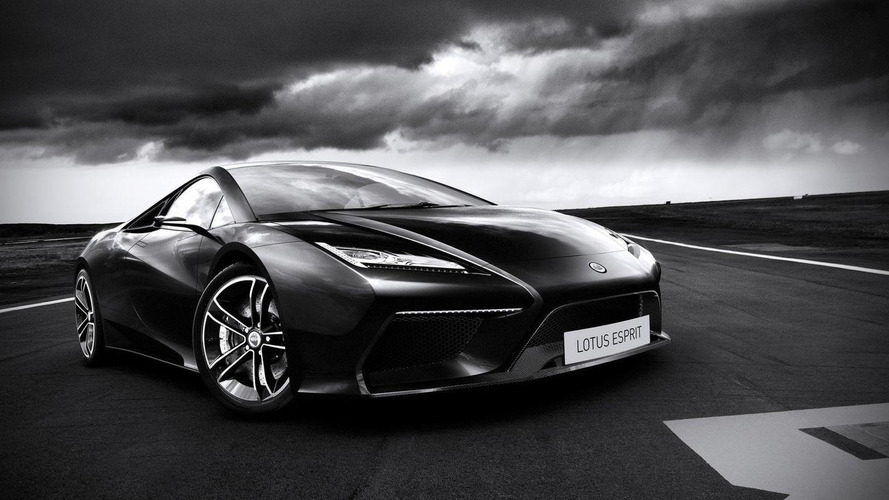 Lotus is almost done developing the new Esprit, but it's still far from reaching production phase.

Lotus is almost done developing the new Esprit, but it's still far from reaching production phase.

Recent reports have been pretty much contradictory, with some saying that Lotus has stopped Esprit development while others mentioned that the company's flagship model is still in the works. A source within Lotus has told Autocar that the new model is almost complete but it will take a while until it goes into production because the firm is going through some serious management issues.

Benefiting from a carbon fiber / aluminum construction, the Esprit is powered by a twin-turbo V8 5.0-liter engine with approximately 650 hp (485 kW), featuring an F1-inspired KERS system and connected to a 7-speed paddle-shift transmission.

If it will reach production, the new Esprit is expected to cost somewhere around 100,000 GBP.