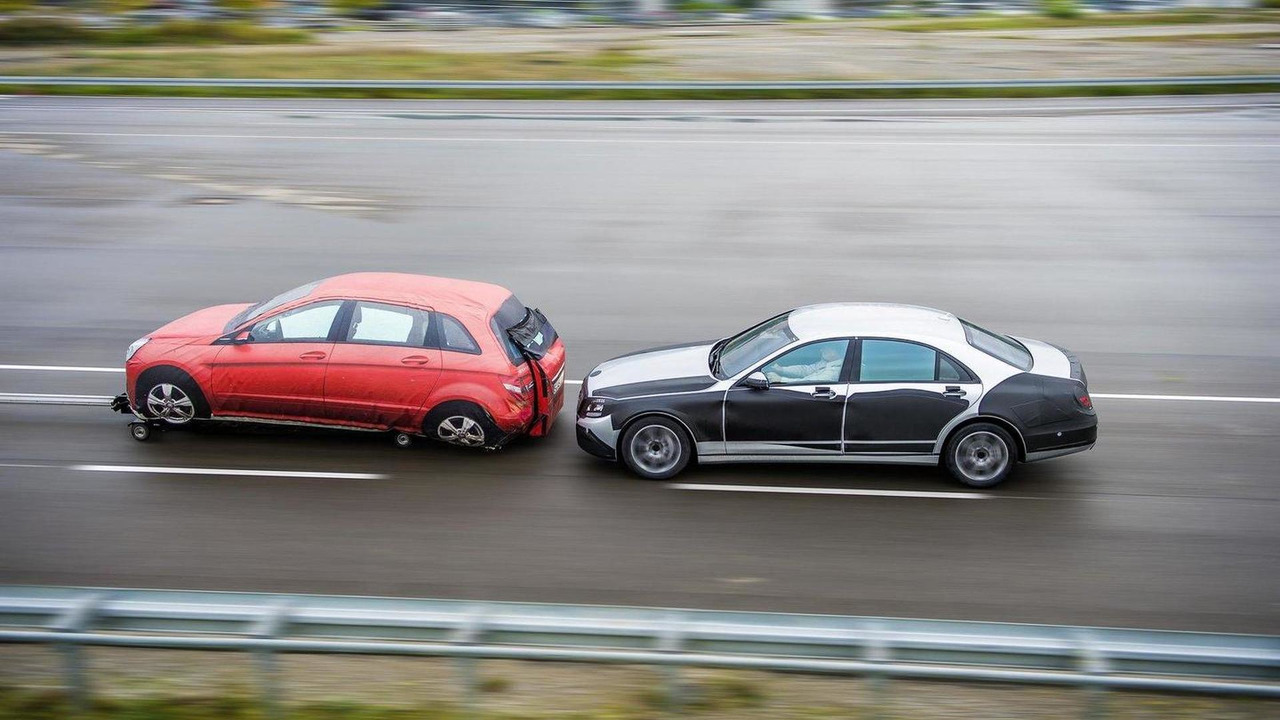 The 2013 Mercedes-Benz S-Class will continue the tradition of its predecessors, promising to deliver a raft of new tech.

The 2013 Mercedes-Benz S-Class will continue the tradition of its predecessors, promising to deliver a raft of new tech.

It will feature Distronic Plus adaptive cruise control with Steering Assist that can sense when the driver has a hand on the steering wheel and will automatically steer to keep the vehicle in lane, along with accelerating and braking on its own when driving at speeds between 19 mph (30 km/h) and 124 mph (199 km/h).

The new S-Class will get an updated automatic emergency braking system that will work at speeds of up to 45 mph (72 km/h) and will be capable of recognizing the traffic crossing in front of the vehicle. In addition, a traffic sign recognition system has also been developed that can read speed limit signs, upcoming lane closuers and no entry signs.

The Attention Assist system has also been revamped and will be capable of monitoring the driver's drowsiness at speeds between 37 mph (59 km/h) and 124 mph (199 km/h). Thanks to several ultrasound sensors, the new S-Class will be able to park itself.

There's also a multi-mode rear sensor that can detect if a car is about to hit the back of the S-Class. When another car is approaching, the stationed S-Class will flash the indicators and if it detects impact it automatically holds the brakes in order to avoid a second collision.

The camera-based pedestrian detection system developed by Continental is also part of the package.

Further details are available in the source link below.