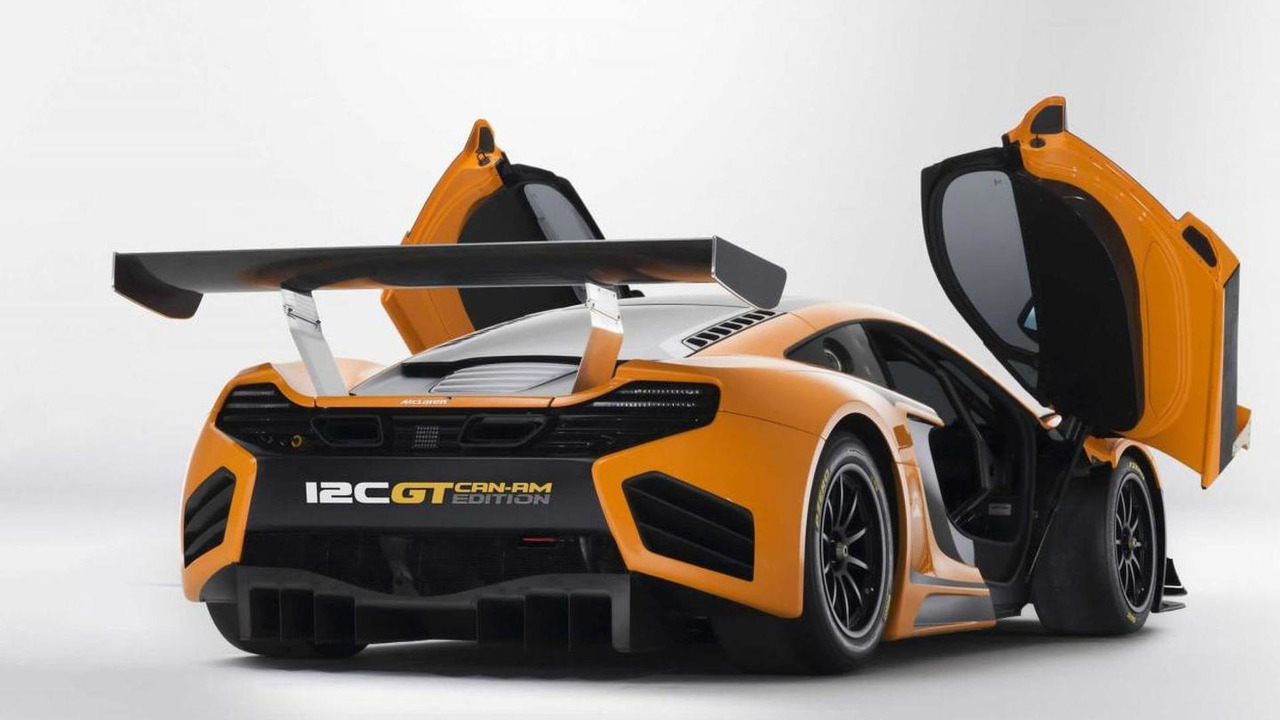 McLaren has introduced a production version of its 12C GT Can-Am Edition, limited to 30 units.

Based on the concept shown at this year's Pebble Beach Concours d'Elegance, Mclaren is offering a track-only racing version of the MP4-12C. Power comes from the familiar V8 3.8-liter twin-turbo engine but this is an unrestricted version and has received an optimized cooling system and special calibration. As a result, the engine is capable of producing 630 hp (470 kW).

Inside it gets an FIA-approved race-spec rollcage with two black race seats and six-point harnesses. The steering wheel is borrowed from the GT3 version, while the built-in air conditioning system keeps the driver cool while racing.

Further details are available in the attached press release.