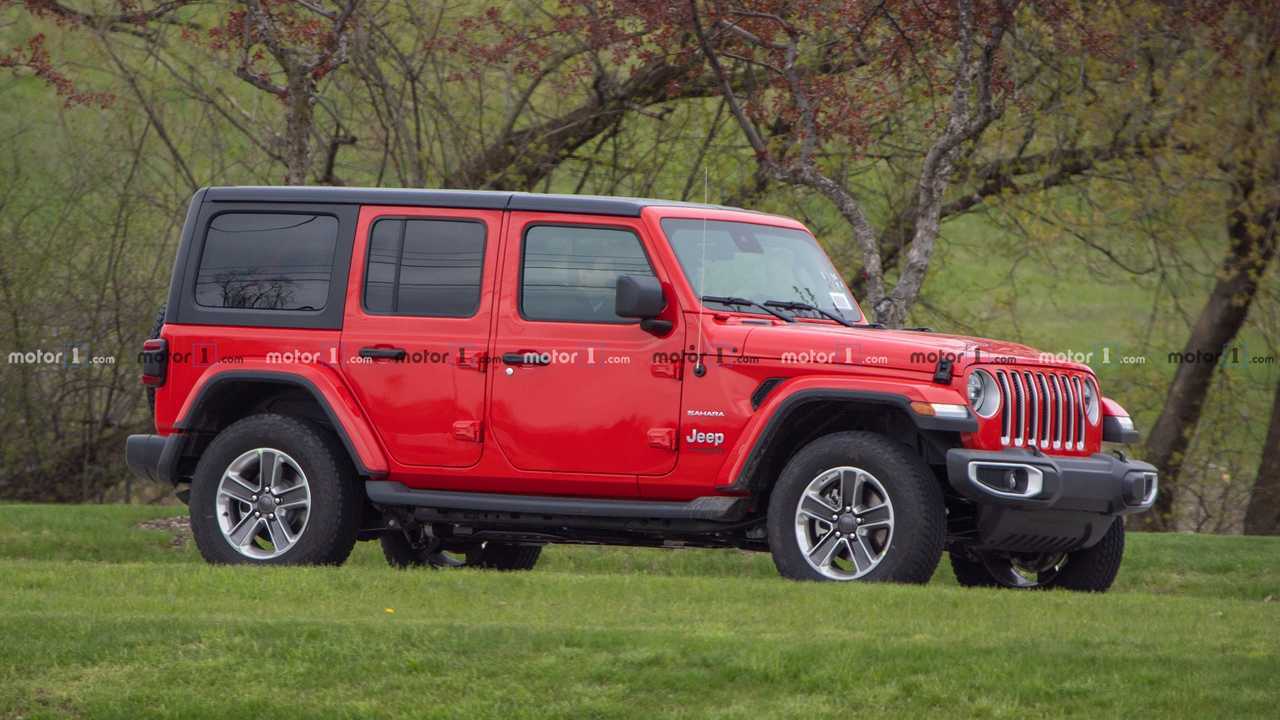 It looks just like a normal Wrangler, save for the diesel badge on the back.

Admittedly, these “spy” shots of a Jeep Wrangler aren’t really that sneaky. The JL model has been out for some time now, and on the outside, there’s obviously nothing different or extraordinary about this red four-door Sahara; that is, until you look very closely at the back, just above the license plate. Yup, that’s a chrome 3.0 badge, which by itself is a clear indication to Wrangler experts that something is different. For the rest, the square emblem next to it with the big D and smaller diesel engraving underneath reveals this is the long-awaited Wrangler with a fuel-oil mill under the hood.

It comes as no surprise. The Wrangler-esque Jeep Gladiator will get the diesel for 2020, and last fall we came upon order codes for a 3.0-liter diesel V6 option in future Wranglers. Under the hood of the Gladiator, the engine will make 260 horsepower (194 kilowatts) and an impressive 442 pound-feet (600 Newton-meters) of torque. Though the Wrangler’s diesel hasn’t officially been confirmed, there’s not even a tiny reason to believe the V6 will be any different than what you’d find in the Gladiator.

The EcoDiesel mill has been in use with Jeep and Ram for a while now, notably in the Ram 1500 and Jeep Grand Cherokee where it produced 240 hp (179 kilowatts) and 420 pound-feet (569 Newton-meters) of torque. The newest offering obviously makes a bit more power, but FCA is keen for people to know it’s not just the old engine with a few tweaks. Engineers are said to have redesigned it extensively, though the extent of the redesign isn’t known as yet. The engine will, however, return to the new Ram 1500 lineup eventually.

Having prolific low-end torque in a factory-built Wrangler is something fans of the moniker have wanted for years. Though nothing is official yet, we suspect Jeep will announce the diesel option later this year, with sales beginning for the 2020 model year.