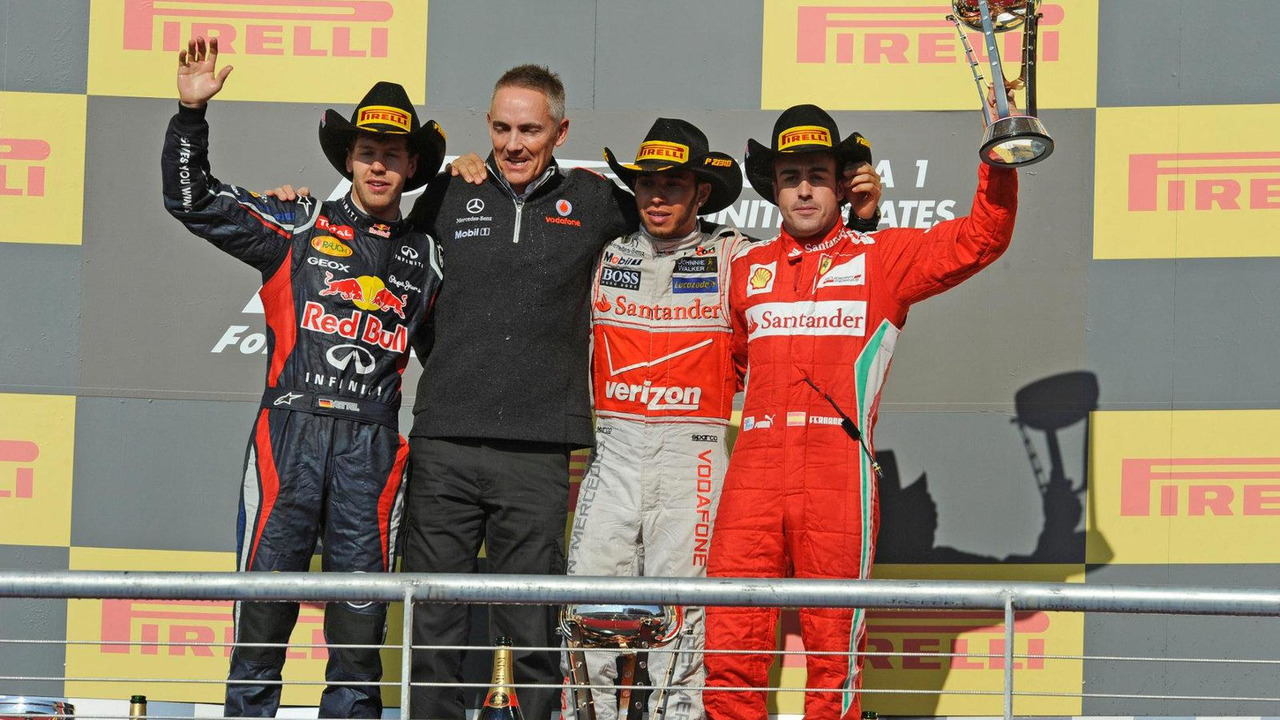 F1 will have its championship finale in Brazil next Sunday, after Sebastian Vettel failed to win the US grand prix. But Red Bull's German further expanded his points lead over his never-say-die titl...

F1 will have its championship finale in Brazil next Sunday, after Sebastian Vettel failed to win the US grand prix.

But Red Bull's German further expanded his points lead over his never-say-die title rival Fernando Alonso in Austin, with the gap now 13 points with just the twentieth race of the season in Sao Paulo still lying ahead.

"It's looking a bit better after today," said Vettel. "Now we have another step to make in Brazil."

Red Bull secured its third consecutive constructors' championship on Sunday, but the team was not really celebrating after Vettel was beaten to the flag by race winner Lewis Hamilton.

Vettel was frustrated to have been passed by McLaren's Hamilton in the DRS zone, after the German was held up in the preceding corners by backmarker Narain Karthikeyan.

"That wasn't your fault," team boss Christian Horner told Vettel - who had sounded furious on the radio - afterwards.

"It's going to be a busy week ahead of us," Horner said on British television Sky.

But the mathematics are very much in Red Bull's favour, because even if Ferrari's Alonso wins at Interlagos next week, Vettel would only have to finish fourth to be champion.

With a looming forecast of rain for Brazil, however, Alonso - who climbed from seventh on the grid to third at the chequered flag on Sunday - is not giving up.

"You've been brilliant all season," F1 legend Mario Andretti told Alonso on the podium, "and obviously you're fighting to the end."

Reliability could also be a factor, as Vettel's teammate Mark Webber retired on Sunday with yet another failed alternator, even though supplier Renault had debuted a new specification this weekend.

"Very much so, it (reliability) is so fragile," Red Bull's Adrian Newey admitted on Sunday. "Renault haven't managed to find a proper solution to that one."