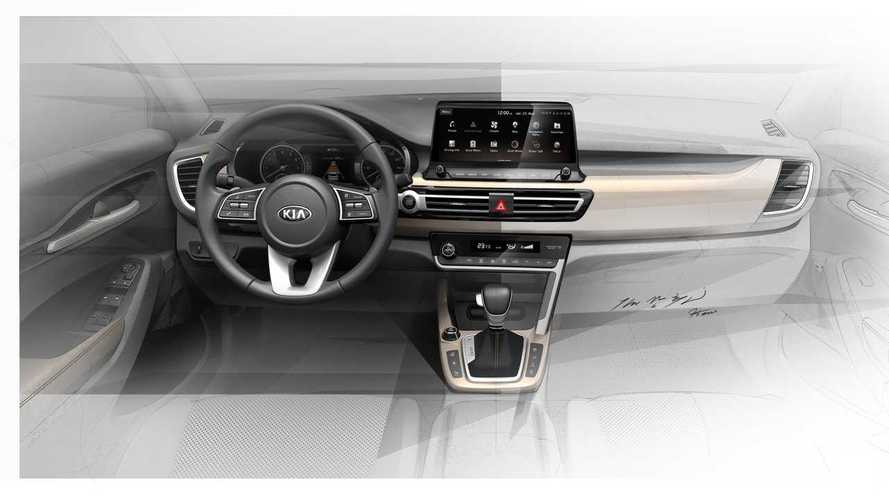 The 10.25-inch infotainment is as large as the Telluride's.

Kia has been teasing its new global small crossover for a long time if we take into consideration the SP Concept unveiled back in February 2018. It evolved at the end of this past March into the Signature Concept before a first teaser of the production version was released a little over a week ago. Fast forward to present day, the South Korean marque is dropping a quartet of sketches depicting the interior of its new crossover set to target millennials and rumored to be called "Tusker."

As you can see from the adjacent teasers, Kia will be playing it safe with the interior cabin as there’s nothing that stands out. That 10.25-inch touchscreen is as large as you’ll find in the flagship Telluride SUV, and it’s also installed in some other models such as the funky Soul hatchback and the K900 flagship sedan.

The version being teased here is likely a high-spec model taking into account the adaptive cruise control pictured in the instrument cluster’s central screen. The yet-to-be-named model boasts an automatic transmission hooked up to a gasoline engine judging by the rev counter going up to 8,000 rpm. Other features worth noting include the electronic parking brake, automatic climate control, and a row of buttons underneath the touchscreen serving as shortcuts to various functions.

To the left and right of the gear lever are a total of seven buttons providing the driver with access to things like the heated steering wheel and seats, automatic start/stop, parking sensors, hill assist control, and what looks to be the 4WD Lock button signaling the crossover will have an all-paw setup. Overall, it’s typical Kia affair, with a well-thought-out layout.

A full reveal is likely around the corner since Kia says it will have the small crossover on sale in KDM flavor in the second half of this year, with other countries from all over the world to follow shortly.