What If Toyota Had Chosen A Different Partner For Supra Than BMW?

These eight renderings show what could've been.

Perhaps we should be grateful that BMW’s crosstown rival wasn’t chosen to join Toyota on a Supra venture. The Mercedes-Benz front fascia and flashy headlights don’t look bad, but it’s not what we’d call a good look, either. Under the hood would almost certainly be the engine that powers all interesting Mercs these days – a 4.0-liter V8.

Truth be told, an Aston Martin makeover doesn’t make the Supra look that much different. The arched hood from the Vantage is exaggerated here, but perhaps that’s because extra space for a V8 or V12 is needed.

Speaking of V12, that’s pretty much a requisite for this Toyota-Ferrari mashup. Sure, it could borrow the F8 Tributo's vicious V8, but if there’s already room for an inline-six under the hood, an extra bank of cylinders shouldn’t be a problem. It already has the look of an 812 Superfast – with a bit of badge-engineering you get the Toyota Suprafast. It’s a no-brainer.

Had Toyota teamed up with its Japanese competitor, something quite interesting could’ve transpired. We’re not sure this take on a Nissan Supra is really the answer; it combines GT-R styling with a short 370Z wheelbase to create some very awkward proportions. However, perhaps working together these automakers could give purists of both brands something they’ve wanted for a long time – a proper Japanese-sourced inline-six engine.

Not all partnerships are destined for greatness. If you ever wondered what a subcompact Supra might be like, we give you the Peugeot 208 Supra and its very happy face. With a four-cylinder mill turning the front wheels, we suspect the driver isn’t nearly as thrilled as the car.

One of the Supra’s trademark features is its front fascia with three large intakes. Electric power doesn’t need such things, so perhaps it’s very good that Tesla wasn’t on-board with Toyota for this joint venture. Honestly, this mashup actually looks quite good – it just doesn’t look anything like a Supra.

Volvo’s design language has evolved considerably over the last couple decades, though we suspect there’s a bit of old-school brick in this Supra rendition. That could stem from the V60, of which we see some resemblance in the front fascia, but the overall effect is rather like trying to make a square peg fit into a round hole.

For those who think the Supra’s exterior treatment is too tame, we give you the Corvette version. New and improved with more vents, wings, scoops, edgy lines, and an LS-based V8 under the hood, this rendering succeeds in looking nothing like a Corvette or a Supra. Perhaps, then, it’s the best design of them all.

In case you haven’t heard, Toyota partnered with BMW to revive the storied Supra sports cars. Oh, you have heard? Then you may not realize that the Supra shares much of its platform – including the boosted 3.0-liter inline-six engine under the hood – with the BMW Z4. You’ve heard that too?  Yeah, it seems this partnership has become something of a controversy for Toyota, with Supra purists convinced it’s just a lower-priced (and lower-powered) BMW wearing a Toyota badge.

That doesn’t mean it isn’t a blast to drive. Our recent experience with the Supra revealed a terrifically exciting machine, though even with a fully open mind to embrace the Toyota-ness of the moment, we always felt a definitive BMW connection. It made us wonder what the new Supra would’ve been like had Toyota turned to a different automaker on this partnership. 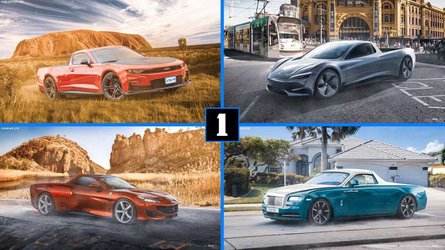 It made the folks at Budget Direct wonder as well, only they took it a step further with a series of renderings that infuse Toyota’s design language with that of notable models from other automakers. If a BMW-based Supra upsets you, how about one with Ferrari or Mercedes DNA? Jump into the slideshow above for a flight-of-fancy tour of alternate-universe Supras, had Toyota looked elsewhere for assistance. 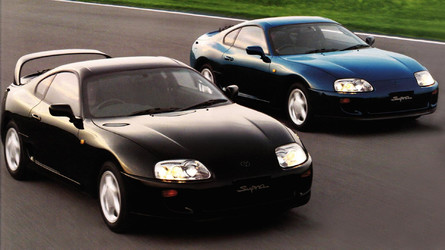 Third- And Fourth-Gen Toyota Supra Parts Going Back Into Production
⠀ 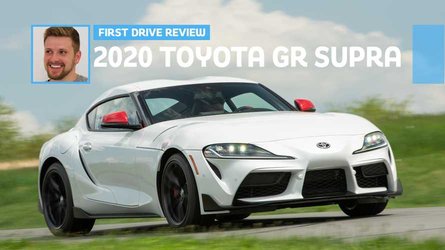 2020 Toyota Supra First Drive: Don’t Call It A Comeback
By: Christopher Smith
++
++
Got a tip for us? Email: tips@motor1.com