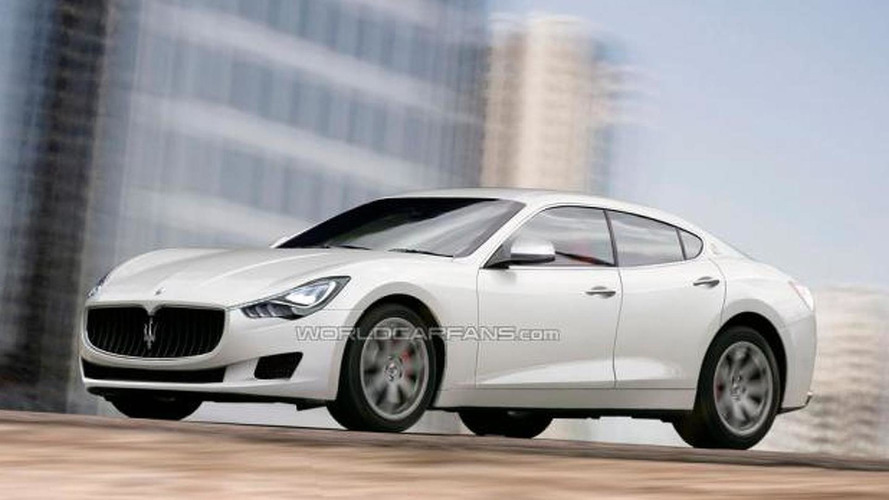 According to a recent report, Maserati will introduce the entry-level Ghibli sedan at next year's Geneva or Shanghai Motor Show.

Maserati just took the wraps off the redesigned Quattroporte, but a new report is indicating the sedan will be getting a little brother much sooner than expected.

Automotive News says the entry-level Ghibli could be unveiled at next year's Geneva or Shanghai Motor Show. It will reportedly measure 5000mm long and be built at the former Carrozzeria Bertone plant that Fiat acquired three years ago.

Set to battle the BMW 5-Series and Mercedes E-Class, the Ghibli could ride on a modified version of the platform that underpins the Chrysler 300 and Dodge Charger.

Regarding engines speculation suggests the model could have a turbocharged Pentastar V6 that develops approximately 390 bhp (291 kW). There could also be a Ferrari-sourced, turbocharged 3.8-liter V8 engine with roughly 490 bhp (365 kW).