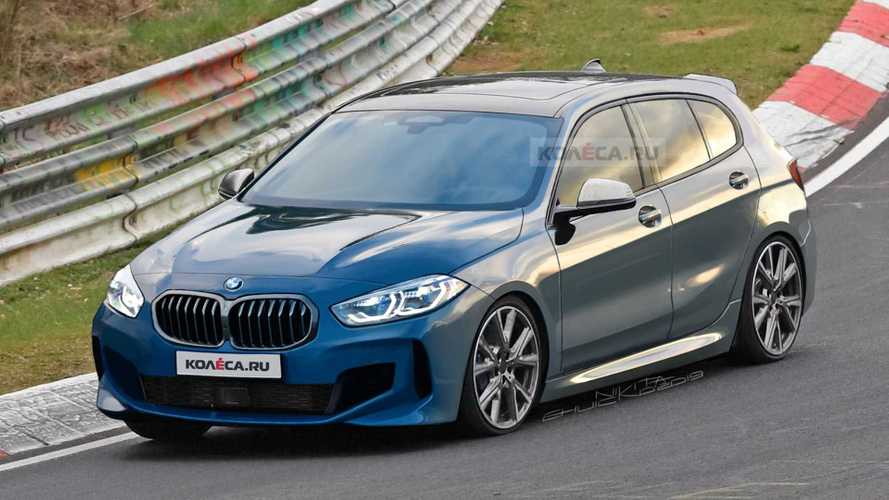 The flagship 1 Series won't be a full-fat M model, but we're ok with that.

It’s safe to say the battle in the compact luxury segment is heating up considering Mercedes has a far more sophisticated A-Class while Audi is putting the finishing touches on the revamped A3. BMW is not wasting any time either as the Bavarians are on the verge of introducing the all-new 1 Series. Enthusiasts will surely have a problem with the switch from rear- to front-wheel drive, but they at least can take comfort from knowing an M Performance version is on its way with xDrive.

It has already been teased by BMW, which likely means it will be revealed on the same day with the regular 1 Series. To ease the wait, our good pals over at Kolesa.ru have taken a couple of spy shots with the hot hatch from the Nürburgring and turned them into renderings to preview the production-ready M135i. We have a feeling it’s pretty accurate, save for the pattern of the kidney grille which will be similar to what the Z4 roadster and the M340i have.

A significant amount of technical details have already surfaced as we know for a fact the new BMW 1 Series hatchback and consequently the M135i will ride on the company’s upcoming FAAR platform. Power will be provided by the same turbocharged 2.0-liter gasoline engine found in the X2 M35i where it pushes out 302 horsepower and 332 pound-feet (450 Newton-meters) of torque – the strongest four-banger ever installed in a BMW production car. While the outgoing six-cylinder M140i can be had with a choice between rear- and all-wheel drive, its indirect successor will come exclusively in an xDrive flavor.

BMW’s rival for the Mercedes-AMG A35 and the Audi S3 Sportback will rely on an eight-speed automatic transmission to send those horses to both axles, while an M Sport differential is going to be offered as standard equipment. A fully fledged M version is out of the question as company representatives have said repeatedly that cars based on a front-wheel-drive platform will not get the complete M treatment.

You won’t be seeing the 1 Series and its M Performance counterpart at a dealer in the United States, but the first-ever 2 Series Gran Coupe is heading stateside and it will likely get this “M Lite” variant to take on the Mercedes-AMG CLA 35.

The Road To Reveal Has Been Long: