The BMW has plenty of power but isn't easy to launch off the line.

After watching the recent video of a BMW M2 chasing a Tesla Model 3 around the Nürburgring Nordschleife, you might be curious to see a simpler challenge of watching this pair in a drag race. In this case, the competitors are an M2 Competition and a dual-motor Model 3 Long Range. 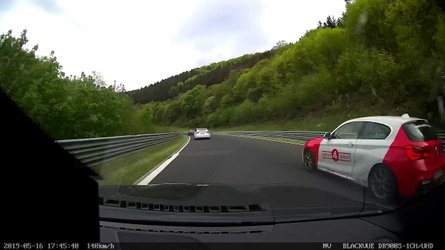 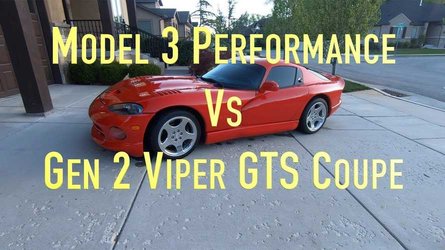 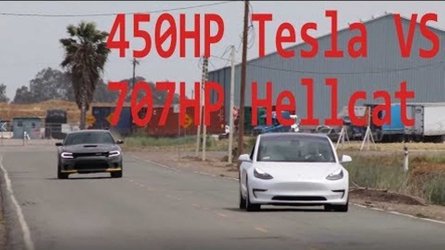 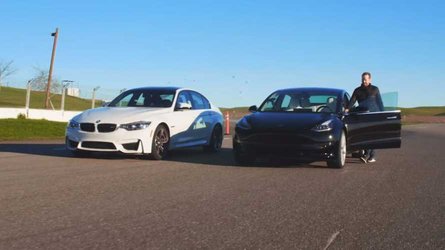 On paper, the M2 potentially enters this race with a power advantage. Its twin-turbo 3.0-liter inline-six makes 405 horsepower (302 kilowatts) and 406 pound-feet (551 Newton-meters) of torque. The one in this video has the standard six-speed manual transmission, rather than the optional seven-speed dual-clutch gearbox

Tesla doesn't publish horsepower figures for its vehicles following a lawsuit, but a dyno video from 2018 shows the rear-drive Model 3 making 340 hp (253 kW) at the wheels. This dual-motor example would be even more powerful.

The issue of torque generation becomes a factor in any EV drag race against a combustion-powered vehicle. An electric motor makes peak power immediately rather than needing to rev into the powerband. The BMW's launch mode helps, but it's never going to equal the Tesla's advantage. Plus, the M2 is rear-wheel drive, rather than the Model 3's all-wheel-drive layout providing even more traction.

The Nordschleife video indicates that an M2, even a non-Competition model, really shows its strengths over a Model 3 on a curvy road or track. In that clip, the Tesla only runs away from the BMW on the final straight portion of the course. Otherwise, the M2 driver has no issue keeping up around the Green Hell.