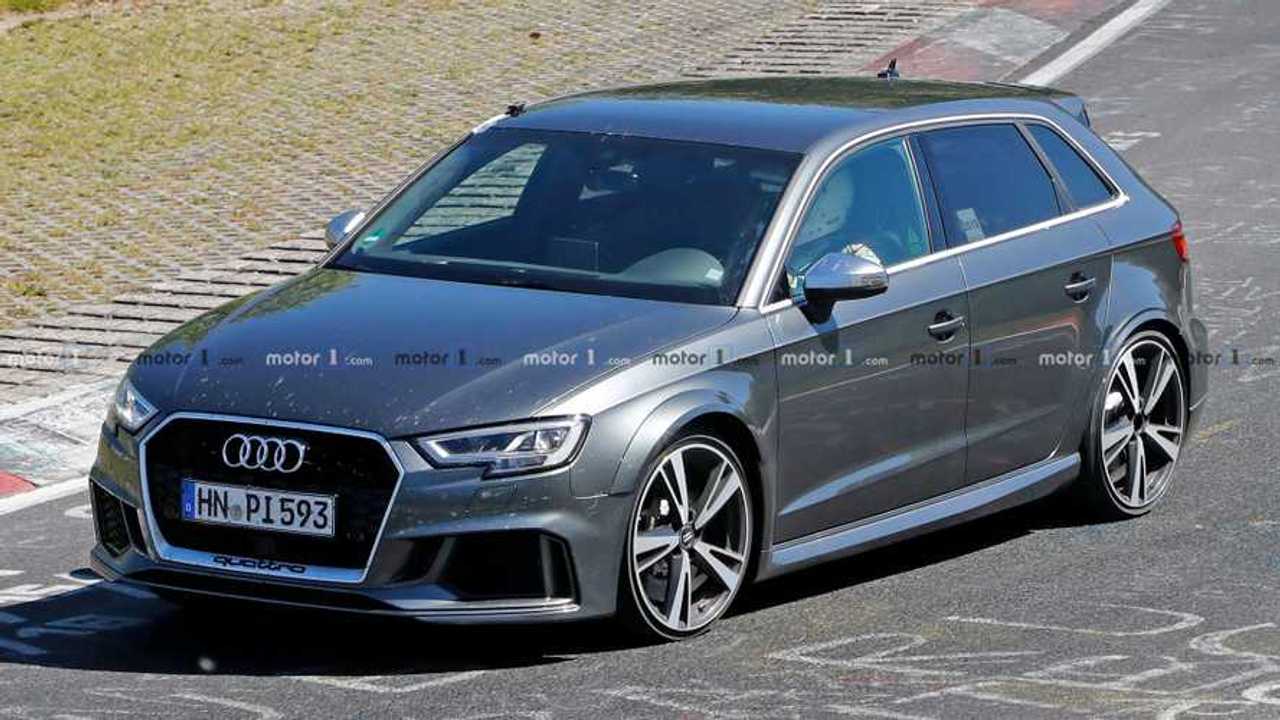 This is still an early development mule of the hot hatch.

With prototypes of the new Audi A3 and S3 now out testing, it was only a matter of time until we see a trial car of the range-topping RS3 performing first evaluations. This is an early development mule of the hot hatch caught by our spies lapping the Nurburgring.

Interestingly, while the first sightings of the new A3/S3 showed heavily masked test cars, this vehicle has no exterior camouflage and actually uses the body of the current model. If you take a closer look at the side shots, however, you’ll notice the wider wheel arches housing super low-profile tires. This hints at a slightly wider track compared to the RS3 that’s still on sale.

Unfortunately, that’s nearly everything we can tell about the new RS3 by just looking at the attached photos. Compared to the previous A3/S3 prototypes we’ve seen, one major difference is the exhaust layout which incorporates two massive oval pipes here. On the positive side, seeing this mule performing high-speed tests encourages us to expect more revealing spy shots in the not-too-distant future.

Word on the street is the new RS3 will carry over with the existing 2.5-liter five-cylinder turbocharged engine massaged to deliver a bit more power than the current 400 horsepower (298 kilowatts). More importantly, an improved exhaust gas filtration system will make the hot hatch greener and will allow it to meet the latest emissions standards across Europe.

The launch of the overhauled A3 range is scheduled for later this year when the regular hatchback will make its debut. This will most likely happen at the Frankfurt Motor Show in September with sales expected to kick off before the end of 2019. The A3 will be followed by the S3 sometime in 2020 and the last to arrive will be the RS3 expected towards the end of next year.