GMC's MultiPro Tailgate Origin Story Begins Over A Decade Ago 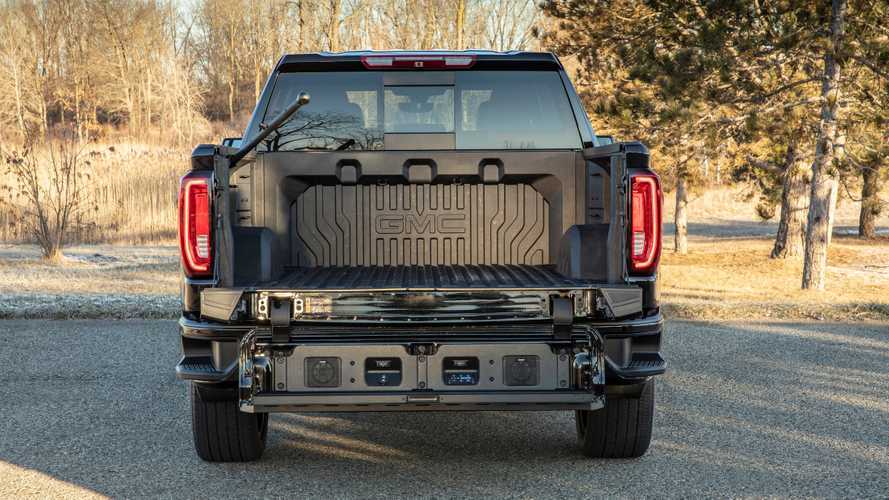 It's born out of necessity which turns out to be very practical.

When GMC introduced the 2019 Sierra, it did come with an ingenious tailgate technology and design that would give the truck an edge within its segment. Aside from the option to choose the first composite carbon fiber truck bed, the Sierra also came with the MultiPro tailgate.

The MultiPro tailgate is a revolutionary design that allows six ways of opening the Sierra's tailgate. It transforms into an entry step, a seat, a bed extender, a standing workstation, an entry-point towards the deep truck bed, and even allowing two-tier storage. Watch the video below to see how the MultiPro tailgate works.

However, only a few people know about the story behind the MultiPro tailgate system.

In a report by the Detroit Free Press, the story began when a GM Manager asked Jim Gobart to fix a certain problem in 2009. Gobart, who's the brainchild of the MultiPro tailgate, was a technician on that year who's tasked to devise ways to improve GM cars and trucks.

Here's the problem, according to Gobart. "Every time I take a pickup to Home Depot and load it with items, by the time I get home, the stuff has slid forward and I can’t reach it."

Which Is The Better And More Practical Tailgate?

Gobart came up with ideas and submitted them to his boss, which then propagated well into something that's useful and practical as the MultiPro tailgate system.

"I nicknamed it 'Stairway to Heaven' after the Led Zeppelin song because I thought I would want it and the customer would certainly want it," said Gobart.

The idea wasn't implemented immediately because, at that year, GM has entered bankruptcy plus the plan was to put the technology on the Sierra, which was at the middle of its life cycle.