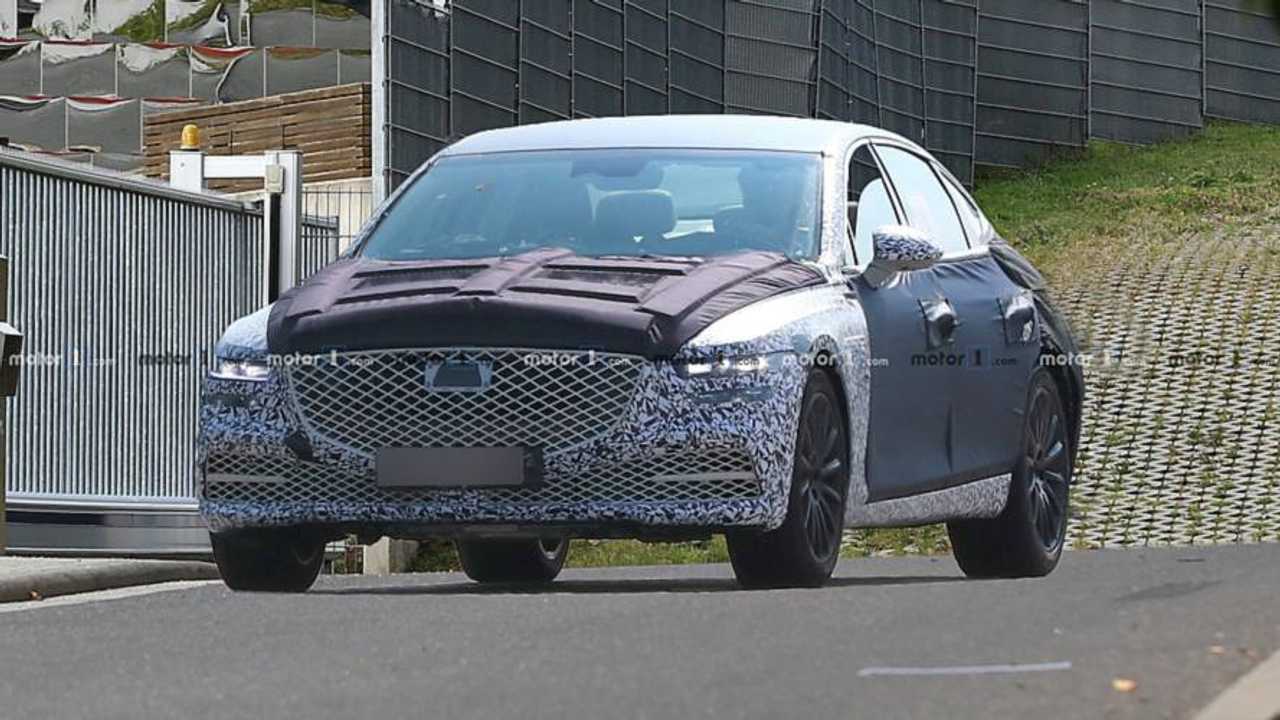 At least the G90 will have the V8 for a few more years.

Genesis, Hyundai's premium arm, is putting an end to its Tau V8 engine. The naturally-aspirated 5.0-liter power plant is expected to be axed in the upcoming next-generation G80 sedan (spy images in the gallery below) which will be revealed in September of this year.

In a report by Car and Driver, Genesis CEO Manfred Fitzgerald said that the second-generation G80, which start as a second-generation Hyundai Genesis before becoming rebranded as a standalone luxury brand, will keep its Lambda V6 engine to top its range.

As a silver lining, the Tau V8 engine will continue to be used in the facelifted Genesis G90 for a few more years. In Korea, a naturally-aspirated legacy V8 engine is being sold with the updated G90 that produces 420 horsepower. But that's the end of the line for the V8 – No turbocharging. No further developments. Nada. Zilch.

"We really have to pay close attention to markets and legislation and hedge our bets. Don't expect another evolution of the V-8," Fitzgerald said to Car and Driver.

Going back to the G80, Fitzgerald said that the new generation luxury sedan will feature the evolution of the brand's design language, which should be quite exciting as we all know that the G80 nameplate was the benchmark of all Genesis vehicles. With this in mind, we'll see the future of Genesis' design in the all-new model, something that we have to be familiar with for the next five years or so.

"We will have a brand-new G80 coming out this September in Korea and subsequently on global markets. With that car, you will see the next evolution of our design language," Fitzgerald added.