It has some quirks but a power boost from a Saleen supercharger isn't one.

Have you ever wondered how high-speed car chases are filmed in our favorite car movies? If you're thinking that these guys use equally high-powered camera chase cars, then you're right. But how fast should the chase cars go, really?

Apparently, for the movie Need for Speed in 2014, the crew had to commission a Ford Mustang GT and turn it into one of its chase cars. Even better, this exact 'Stang is now for sale on eBay for $39,900.

Made specifically to film cars like the Bugatti Veyron during its most rigorous chase scenes, the Ford Mustang GT has been modified to be able to keep up with the 987-horsepower supercar.

In order to do that, the Ford Mustang GT has been upgraded Saleen supercharger for a total output of 625 hp. It's also fitted with 3.73 rear gearing and 14-inch brakes, both Saleen branded. It also has a six-speed manual transmission to serve as the icing of this cake.

The modifications to this Mustang GT doesn't end with its mechanics. Naturally, in order to meet the requirements of a proper camera car, a custom roll cage and Corbeau bucket seats have been added, plus the front airbag was removed to make room for additional electronic equipment.

If This High-Powered Camera Car Isn't Your Thing, Maybe These Are: 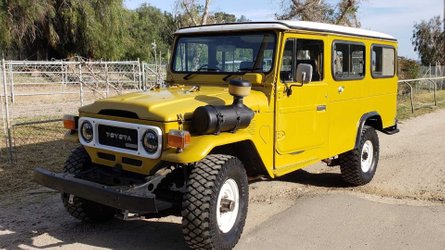 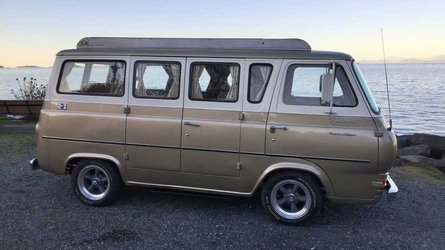 This Ford Econoline Is Your $10,000 Ticket To Vanlife

Probably the most obvious modification would be the glass hatch area at the back for a camera operator. Camera mounts on the front and rear bumpers are also available – the only thing that's missing is your professional camera and cars to film it with.

Of course, a car this heavily modified isn't without quirks. Its trunk door and the passenger airbag icons are always on. And that's on top of the weird glass at the rear. Beyond the oddities, if this car tickles your fancy and if the 7,791 odometer miles look attractive to you, don't hesitate to visit the eBay link below and drop the seller a call.

Watch this video to see how Saleen converted a Ford Mustang GT into a proper high-speed chase car: