A Jeep In Your Online Dating Profile Has Crazy Effect 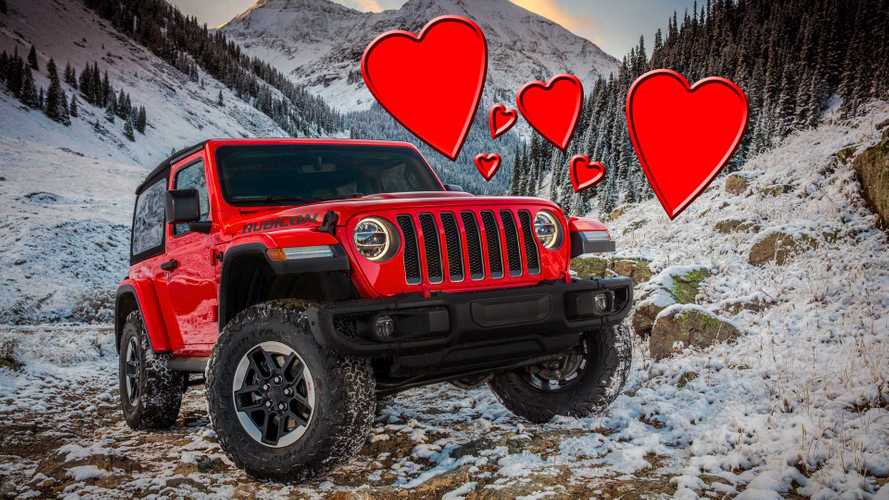 So, yeah. It’s come to this. Once upon a time, prospective partners had to actually meet one another before going all judgmental on the vehicle (or lack thereof) driven by a potential soulmate. Yes, such a thing is tremendously superficial, but hey, we’re car fans. It probably shouldn’t matter as much as it does, but the truth is most people will judge you to some extent on your choice of wheels. And apparently, Jeep owners garner more attention than all others – at least when it comes to folks looking for love at the online dating website Zoosk.

For the record, we didn’t go scouring dating sites looking for such things. The good folks at Car and Driver uncovered this morsel of 21st-century life from Askmen.com, which published the results of this crazy Zoosk study. For reasons nobody can explain, the site found that people with Jeeps in their profile photos were far more likely to get messages from prospective mates – like 243 percent more likely. The report doesn’t specify if that applies to men, or women, or both, but if you’re a Zoosk member struggling to find that special someone, well, you know what to do.

Looking For Love In All The Wrong Places:

Couple Crashes Into Each Other, Vintage Camaro Pays The Price

Interestingly, Jeeps aren’t the only attention-getters on Zoosk. The report also says profile photos with BMWs get 143 percent more messages, and Toyota photos see 73 percent more messages. In fact, simply having any sedan, van, or truck in the photo also nets an increase in messages, though we’ll go out on a limb and say you should avoid using creepy windowless murder vans at all costs.

At this point you might be tempted to say simply showing people you’re responsible enough to own a car is an inherently attractive quality. It makes sense, but before you proudly take a selfie next to your cool VW GTI, the study says profiles with hatchback photos see a decrease of messages by 15 percent. Guess you should’ve bought the Wrangler instead. Cue the trumpet fail music.

It probably goes without saying that you should take all this with a grain of salt. We know nothing about the methodology behind establishing these numbers, and also, it’s from a freaking online dating site. Still, lying about the car you own is probably better than lying about how much you weigh. After all, you can always rent a Jeep.

Source: Askmen.com via Car and Driver