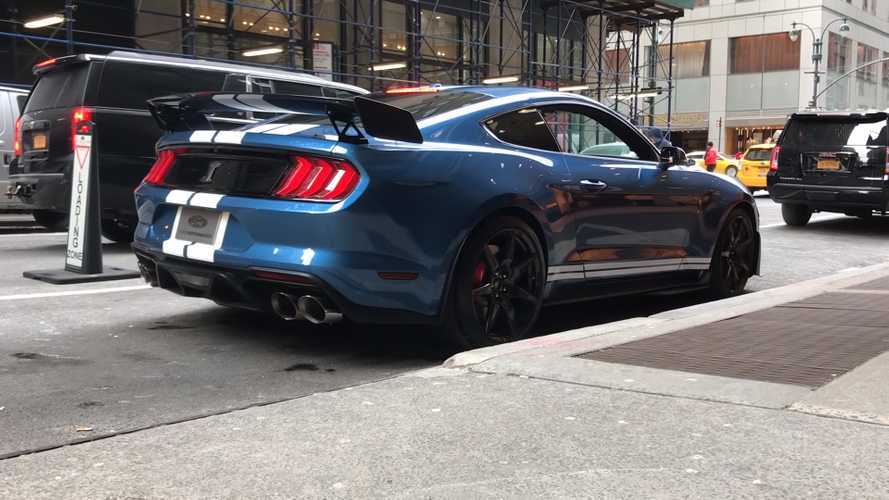 Some high-tech wizardry ensure that the new GT500 makes all the right noises and none of the wrong ones.

Ford Mustangs have a distinctive, instantly recognizable sound. It's a big part of the legend that makes them an iconic part of the American performance car landscape.

While many manufacturers have courted controversy by piping artificial noise into the cabin, the new Shelby GT500 Mustang has the opposite problem – it's just too darn loud. Road & Track spoke with Tom Teknos, who leads the team in charge of noise, vibration, and harshness at Ford Performance Vehicles.

While that trademark burbly exhaust note is an important part of the experience, the cacophony of other sounds in the engine bay can somewhat harsh the buzz of driving a high-horsepower Mustang.

Teknos' team has placed an array of microphones under the hood of the Shelby GT500 as part of an elaborate noise-cancellation system. When those unpleasant frequencies are picked up by the microphones, opposing frequencies are played through the cabin speakers, thus cancelling out those sounds.

Of course, to isolate and track down those sounds, you must first discover what is causing them in the first place. That's no easy task when thousands of tiny explosions are happening every minute in a space smaller than a phone booth.

The key to success for Teknos' team lay in eliminating those secondary harmonics as much as possible without negatively impacting the primary harmonics that Mustang buyers dearly love to hear.

Part of that involved considerable tuning of the exhaust system to naturally cancel out those less-pleasant sounds, while the high-tech noise cancelling system took care of much of the rest. While we've had significant others accuse of only hearing what we want to, it's a claim we'll gladly own up to when we get behind the wheel of the new Mustang Shelby GT500.