Americanized Euro Cars Are A Sight To Behold In Wild Renderings

Let’s get the most bizarre creation out of the way first. Yes, Select Car Leasing says there’s a VW Golf somewhere in this sea of chrome and faux wood siding. The theme here is that Americans prefer bigger cars, and that's fairly accurate. But here’s a top tip for our Euro friends – big woody station wagons were never admired even when they were popular, which hasn’t been the case since the 1970s. The last such factory offering was the Buick Roadmaster in 1996, and while those cars have a cult following, it’s decidedly slim. If you really want to Americanize a Golf for the modern world, give it some extra ground clearance and call it a crossover.

Here’s where we start to suspect American Graffiti played a major role in creating these images. You’ll see big superchargers with butterfly scoops on old-school V8s at the drag strip, but with the rise of electronic fuel injection in the 1980s, such street cars generally conceal their mills under the hood. Still, we dig the Camaro-esque makeover on this Audi TT, though it would look much better without the exaggerated NASCAR spoiler on the decklid.

Now we’re talking! A Dodge Viper makeover gives the otherwise understated E-Class some serious visual excitement. A low, wide shape really fits well with Merc’s front clip, and the over-the-top stripe with side-exit exhaust is as American as a Saturday night baseball game. How ironic is it that arguably the best modern American take on a Euro car features a vehicle no longer in production? Perhaps the Viper will return someday, but in the meantime, we hope Mercedes engineers take a good look at this rendering.

And we’re back to American Graffiti. For those not familiar with this movie, it’s an early George Lucas (yes, the father of Star Wars) coming-of-age film that chronicles the lives of several young adults in 1962, intertwined with the Southern California car scene. This Fiat “deuce” creation could almost be the modern incarnation of the infamous yellow ’32 Deuce Coupe from the flic. Big nasty engine up front, no hood, two seats inside – it’s properly old school and we freaking love it. Of course, it’s not the least bit representative of modern American motoring, but hey, 50 years ago this could’ve been a thing.

Speaking of 50 years ago, big fins on American cars predate the freaking Beatles for crying out loud. We get the whole stereotype thing, but this take on the Passat isn’t so much funny as it is facepalm worthy. Seriously folks, things everywhere have changed a lot since 1960, and actually, big sedans haven’t been a thing in the U.S. for over two decades. That’s not to say a clever Ford Crown Victoria redux couldn’t have worked here, but this Passat rendition with a 1950’s Chrysler theme just makes our eyes hurt.

Did we save the best for last? To clarify for our American readers not familiar with Renault’s lineup, the Scenic is a bubbly compact crossover that’s wildly popular in Europe. No, it doesn’t come with a bed, but the Select Car Leasing team couldn’t create a list of Americanized Euro renderings without having some kind of pickup truck. Honestly, the bold rendition of the Scenic’s grille combined with a big 4x4 suspension lift and a bed adorned with the Stars & Stripes is pretty darned accurate for many parts of America these days. It’s positively hideous to look at, but then again, have you seen the new Chevrolet Silverado HD? 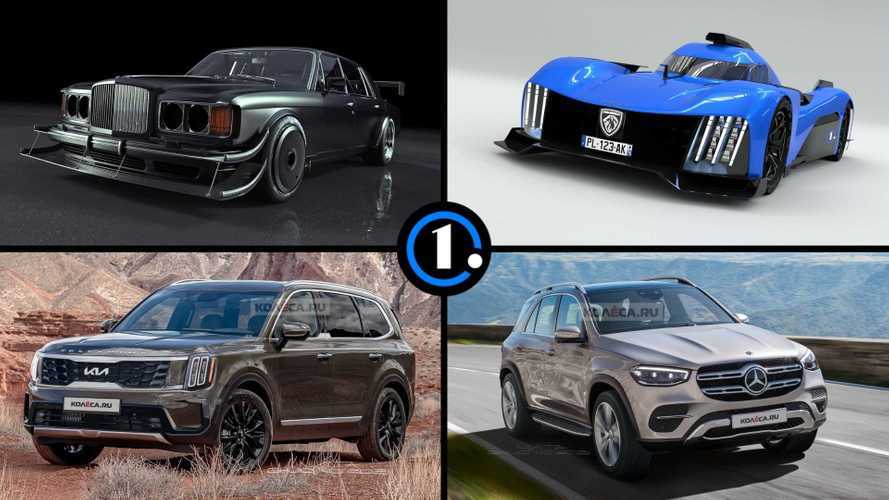 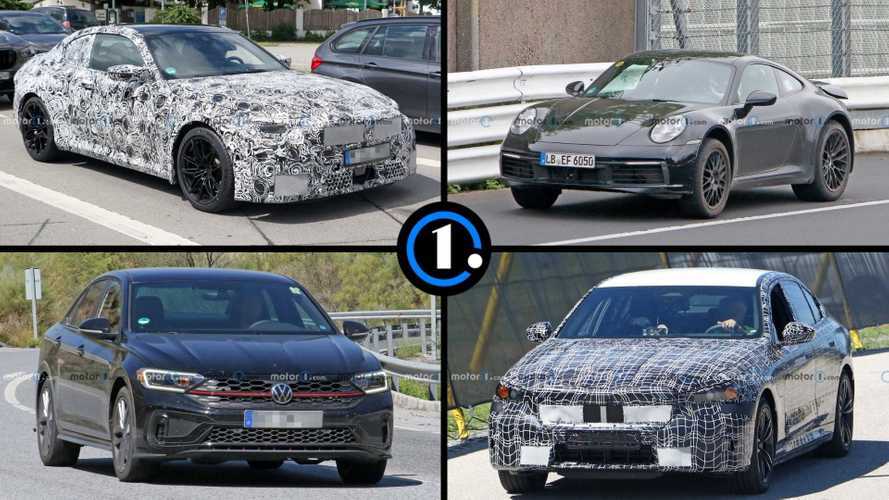 Some make sense, while others are just silly.

It goes without saying that automotive evolution and car culture differs between the United States and Europe. There are similarities for sure – a cool two-seater in the UK is still cool in the US, and all petrolheads love V8 power. Yes, Europe’s smaller roads led to the development of smaller, more nimble cars, whereas the wide-open highways of America saw big machines with big engines.

Speaking for all Americans, we know there are some, how should we say, stereotypes when it comes to our cars. The folks at Select Car Leasing in the UK decided to have some fun with that by creating six “Americanized” versions of popular European cars. For the record, all but one of these vehicles are already offered in the States, so in some sense, these rides already have an American makeover. Also, it would seem these designs were created after watching the classic film American Graffiti, which depicts U.S. car culture in the 1960s. These renderings are hilariously stereotypical, but yeah, things have changed a lot since those days.

Let’s jump into the slideshow above to see these crazy makeovers in detail, backed up with a bit of American commentary.

'Rides Of The Wild' Envisions Classic Cars Derived From Animals
++
Got a tip for us? Email: tips@motor1.com