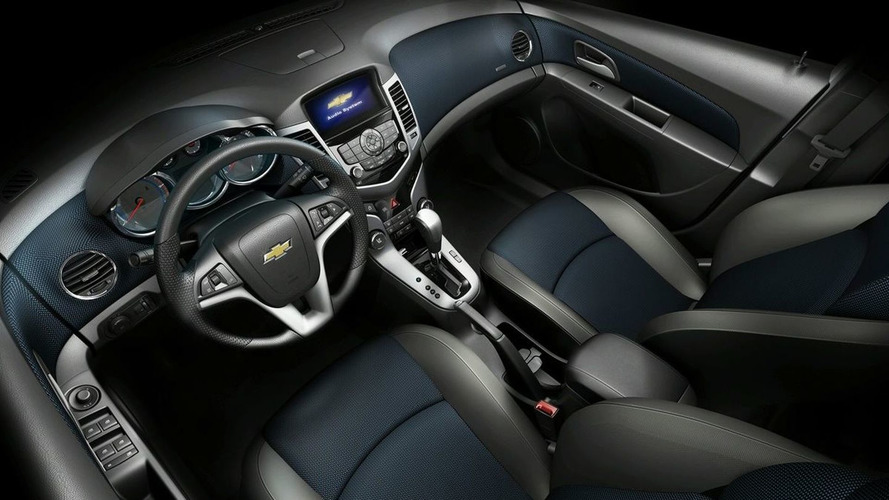 Chevrolet Cruze is unveiled to the media in Paris and details on interior as well as engines are shared. Pretty much everything you wanted to know about the Cruze is on here.

When last were you this excited about a Chevrolet family sedan, apart from the semi-manic Lumina? Now after months of teasing we can finally reveal what the Chevrolet Cruze is all about as it debuts at the Paris Motor Show. Cruze is Chevy’s new mid-sized family sedan and its main point of existence is to elbow out the Toyota Corollas and Volkswagen Jettas of the world. A tough mission for anyone, ask anyone who has tried, but Chevrolet is super-confident in its offering. And for the first time they may actually have something to back this bravado in the Cruze.

The Cruze uses a design language that is becoming quite common lately, the one of a four-door fastback coupe sedan, similar to what we see in Mercedes-Benz CLS and Jaguar XF as quick examples. The Chevy “V” theme is carried from the grille in the exterior, right into the interior where it dominates the dashboard, but not to an irritating extent. Complementing it is the ambient ice blue LED background lighting system that gives it a warm, glowing feeling.

Three engines will be available, a 2.0-liter turbo diesel, a 1.6 and 1.8-liter gas choices. Respectively they produce 110kW and 320Nm, 82kW and 103kW. Chevrolet promises a more entry-level 92kW, 300Nm version of the turbo diesel. In addition to a 5-cog manual changer you get a 6-speed automatic, which is really welcome for this segment of the market.

Sales begin in March 2009 and indications are that most targeted global markets will have the Cruze by the end of 2009.