Toyota Hardly Sells Any Cars With A Manual Trans In The U.S.

Most people just say they'd buy a manual. The reality is different.

We keep reporting on future cars that could receive versions with manual transmissions. Some of these include the Mustang Shelby GT500, the next generation BMW M4, and even the V12 supercar Gordon Murray (designer of McLaren F1) is working on. However, news about stick shift cars tell just half of the story as in reality people who actually buy a new car with a manual transmission are not that many.

Toyota is one of the manufacturers that still offer a three-pedal ‘box for some of its models. More precisely, the Corolla sedan and hatchback, Tacoma, Yaris sedan, and 86 are still available with a manual gearbox but that doesn’t mean that a lot of customers buy them. Not at all.

Toyota Trying To Save The Manuals:

During the recent press event for the new Supra, after which Motor1.com’s Jeff Perez concluded the model is “a thrilling sports car,” our colleagues at CarBuzz wanted to learn exactly what percentage of new Toyota vehicles in the United States are equipped with a manual gearbox. Toyota spokesperson Nancy Hubbell was quick to react showing an email detailing the breakdown of manual take rates across the automaker’s model range. And the numbers are not good.

From all cars Toyota sells with manuals, the 86 sports coupe has the highest manual take rate of approximately 33 percent. Simply put, two of every three new examples of the sports car are sold with a six-speed automatic. That’s a bit surprising, to say the least, considering the 86’s puristic nature and its target group of gearheads and car enthusiasts. 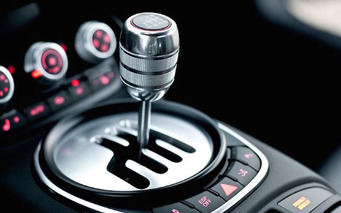 10 Cars You Forgot Had A Manual Transmission

But if that number seems low, then prepare to be shocked. Just one percent of new Corolla customers choose the manual. "It's not very high for the Corolla as a whole, but it is better if you just count the hatchback," Hubbell said, adding that sales of Corolla hatch with a manual account for about 15 percent of the total deliveries. The take rate for the Tacoma and Yaris is about five percent.