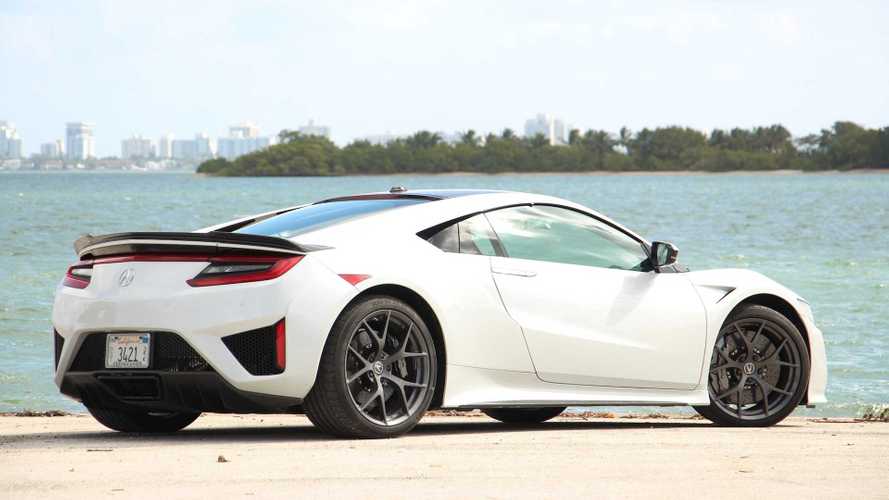 Acura is leaving a ton of cash on the hood of their handbuilt supercar – just don't expect to see it advertised anywhere.

If you find yourself supercar shopping (and if you are, we envy you), there's something you should consider – Acura is leaving $20,000 on the hood of every new NSX through March of next year.

This news comes to us from Motor Trend, whose affiliate IntelliChoice discovered the "secret" incentive. We say "secret," since it's not really something Acura is advertising or going out of their way to make people aware of.

The incentive will apply only to 2019 models, so if you're looking to special order the car of your dreams, you should act fast. Then again, you might score an even better deal on a car a dealer ordered to spice up their showroom before it started to wear out its welcome.

A $20,000 incentive on the NSX represents a discount of over 12% off the purchase price. That's pretty impressive, especially considering that this is a segment that doesn't usually see such door-busting markdowns. All that's missing is an obnoxious radio commercial and brightly-colored inflatable tube men waving their arms in front of the dealership.

That means that the hybrid supercar, which starts at $159,300, is an even more attractive option compared to its rivals. Last year, the NSX sold just 170 units in the US, an all-time low since its introduction in 2016.

Thankfully, the $20,000 rebate has increased sales since it was introduced in March. Customers who are worried about seeing themselves coming or going need not worry – in its best year (2017), the NSX sold just 581 units.

For many, the NSX may represent the best of all worlds: Japanese reliability and engineering, hand-built right here in America, with exotic car styling that puts many of its European rivals to shame. Personally, it'd be on our short list if we were in the market for a supercar.