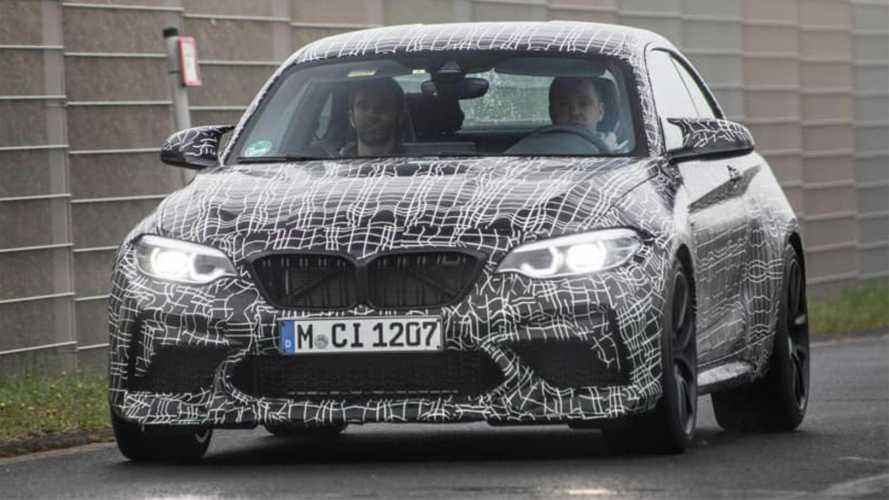 It's a great look at the M2 CS' details.

Development of the BMW M2 CS continues at the Nürburgring, and a trio of new spy images from the dcncars Instagram account catches a few glimpses of the upcoming model. If this vehicle looks familiar, it's because the car with the M CI 1207 license plate also appears in a recent spy video.

Compared to the existing M2, the CS wears a revised front fascia with a more angular opening in the center. There's also a slightly wider grille that eliminates the body-color strip between the kidney-shaped inlets. New side mirrors have pointy protuberances at the top.

At the back, the trunk lip spoiler has raised sections on each side. A different rear bumper as closer surrounds for the quad exhaust outlets. The layout of the lamps in the taillights is slightly different, too.

The M2 CS is allegedly only available with black upholstery. An optional package would add more Alcantara upholstery, including on the steering wheel. On the outside, buyers allegedly have a choice of four colors: Black Sapphire, Alpine White, Hockenheim Silver, and Misano Blue.

The hotter version of the M2 reportedly goes into production in March 2020. Expect BMW to debut all the of the details about it a few months before that, though. The info might even arrive before the end of 2019.