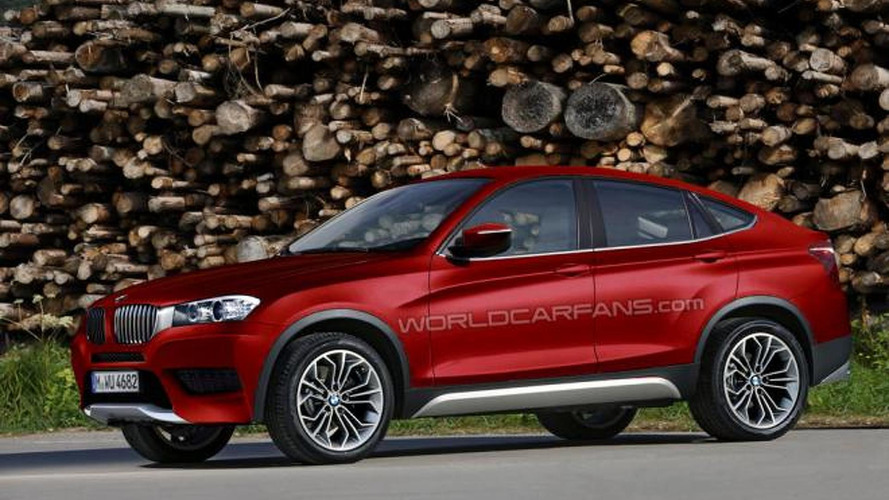 A recent report indicates that BMW will introduce the X4 concept in January at the 2013 Detroit Motor Show.

A recent report indicates that BMW will introduce the X4 in January at Detroit Motor Show.

It will be presented in concept form that will be followed in 2014 by the production version. Known internally as F26, the new X4 will use the same platform as the X3 and will cost less than the X5. AutoWeek is reporting that it will be 4.65 meters (183 inches) long, the same length as the X3 (F25).

Power will be provided by the same engines found on the X3, with four- and six-cylinder gasoline and diesel engines. At the end of 2014 BMW might decide to launch the more potent X4 M with a 6-cylinder twin-turbo gasoline engine, the one that will power the upcoming M3. There also might be an X4 M with a tri-turbo 3.0-liter diesel engine.

The 2013 BMW X4 will be manufactured at the Spartanburg factory located in South Carolina.