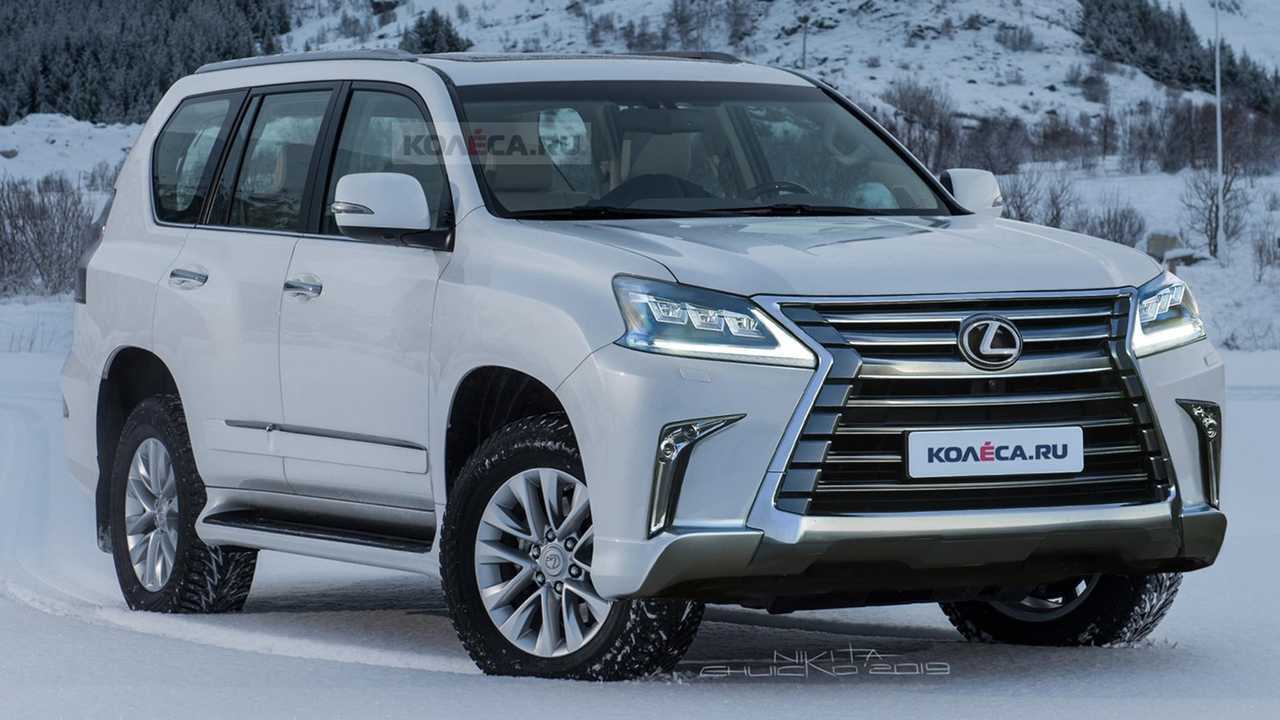 There are tiny tweaks at the back, too.

Recent spy shots reveal that the Lexus GX has a refresh on the way. The rendering artists at Kolesa now imagine how the updated SUV might look with the camouflage out of the way.

The slider below makes it easy to see what's different up front. Lexus' polarizing spindle grille seems even wider on the refreshed model because of the thicker surround with a chrome finish on the outer sections. There are also revised headlights with more prominent LED lamps and sharp-edged running lights that follow the upper corner of the grille. Revised trim in the lower corners also has a pointier appearance.

The spy shots of the test mule didn't show any changes at the rear of the refreshed GX, but Kolesa artists' imagine some small tweaks back there. New taillights have L-shaped lamps that would provide a more modern appearance and would match better with Lexus' current lineup. A blacked-out rear bumper has a more complex look than the existing model.

The test mule also offered a limited glimpse at the interior. The GX had a new three-spoke steering wheel and larger multifunction display between the analog gauges.

There's no info yet about whether the refreshed GX has any powertrain changes. The existing SUV has a 4.6-liter V8 with 301 horsepower (225 kilowatts) and 329 pound-feet (446 Newton-meters) that runs through a six-speed gearbox to an all-wheel-drive system with an electronic locking differential.

The GX is one of the older products in Lexus' current American lineup. The company introduced the existing model for the 2010 model year and refreshed it in 2014.

Since the tweaks appear to be largely aesthetic, we expect the refreshed GX to debut before the end of the year. The next major auto show in the United States is the Los Angeles Auto Show in November, but the company could give the updated SUV an online reveal first and then a public unveiling in LA.