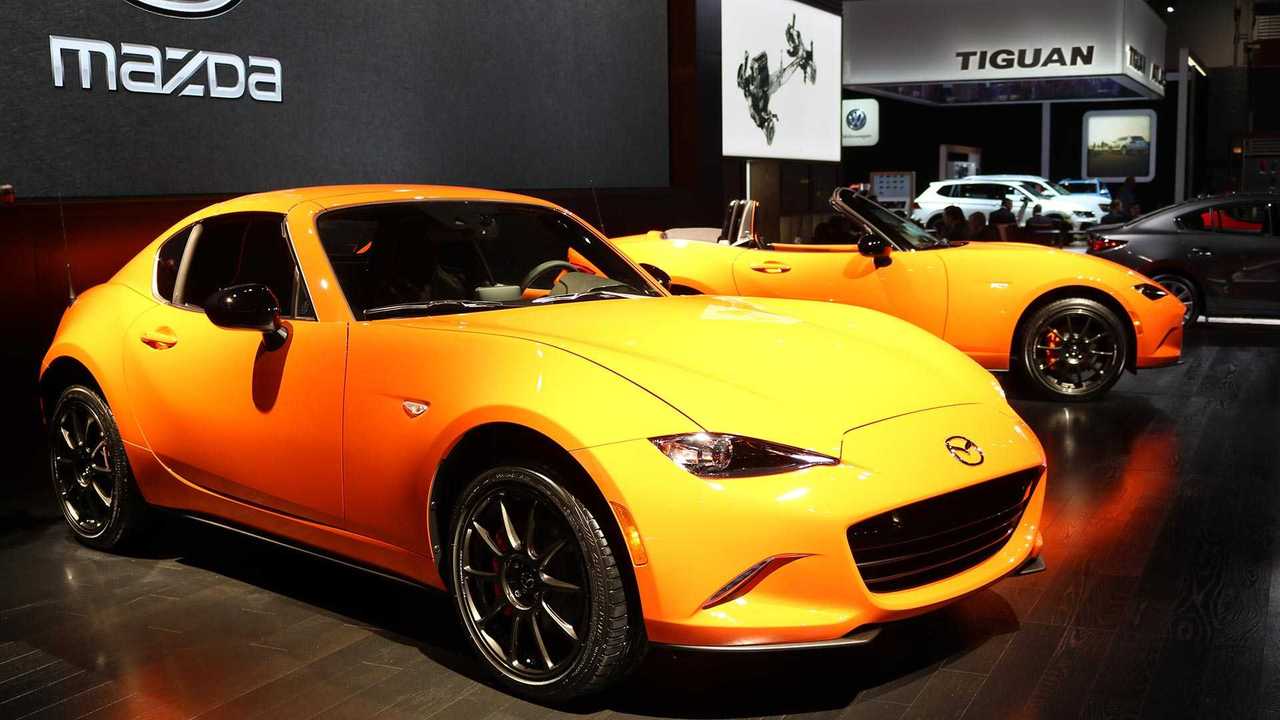 Due to popular demand, an extra 143 units are coming stateside, bringing the grand total to 643.

Introduced with much fanfare at the Chicago Auto Show back in February, the Mazda MX-5 Miata 30th Anniversary was an instant hit in the United States. The Zoom-Zoom company sold all 500 cars reserved to the U.S. market within four hours, and hundreds more signed their names on a waitlist hoping to get their hands on the roadster finished in Racing Orange. Due to popular demand, Mazda has now decided to extend the allotment for the U.S. market by 143 units for a grand total of 643 U.S.-spec cars.

That’s the good news. The bad news – for people living outside of the U.S. – is that Mazda won’t be building additional cars to meet the strong demand the car is enjoying in North America. In other words, those 143 cars will come from the original 3,000-unit production run, which means availability in other parts of the world is going to be restricted.

Celebrating three decades of the Miata, the special-edition roadster is available with a choice between a soft top and a retractable hardtop for the RF variant. Aside from the vibrant paint scheme, you can tell it’s the 30th Anniversary edition thanks to the orange brake calipers hiding behind the Rays forged aluminum wheels featuring a 10-spoke design. There’s more orange on the inside where it contrasts the black leather.

As it would be appropriate for a special car, the nimble roadster comes loaded with features. You get goodies such as Recaro seats, automatic headlights, climate control, navigation, and rain-sensing windshield wipers. Added into the mix are Android Auto and Apple CarPlay support, nine-speaker Bose sound system, along with sporty upgrades such as the Bilstein dampers and Brembo brakes.

The Miata Is Always The Answer:

Those 3,000 people fortunate enough to claim one can pick from a standard six-speed manual or an optional automatic with the same number of gears. Regardless of transmission, the MX-5 Miata 30th Anniversary Edition is powered exclusively by a 2.0-liter four-cylinder engine with 181 hp on tap.

IRVINE, Calif. (May 13, 2019) – It has only been a few months since the 2019 Mazda MX-5 Miata 30th Anniversary revealed its brilliant Racing Orange paint scheme at the 2019 Chicago Auto Show. Immediately following the announcement that there would be 3,000 units worldwide, a frenzy of fans reserved all 500 allotted to the U.S. within four hours. Hundreds of fans were placed on a waitlist and forced to cross their fingers. Now, Mazda North American Operations is answering the relentless requests by announcing 143 units from the original 3,000 produced will be available to the U.S. to fans on the waitlist. The new total allocation to the U.S. market is 643.

“We’ve said it for years, without our diehard fans, the Miata would not be a cultural phenomenon and best-selling roadster of all time,” Masahiro Moro, chairman and CEO of Mazda North American Operations, said. “Fan response to the 2019 Mazda MX-5 Miata 30th Anniversary has been incredible and we’re proud to bring additional units to those on the waitlist.”

The 2019 Mazda MX-5 Miata 30th Anniversary has a starting MSRP[1] of $34,995 and is adorned with a unique “30th Anniversary” non-sequential serialized badge. Customers currently on the waitlist will be notified of the newly available inventory.

Mazda North American Operations is headquartered in Irvine, California, and oversees the sales, marketing, parts and customer service support of Mazda vehicles in the United States and Mexico through nearly 700 dealers. Operations in Mexico are managed by Mazda Motor de Mexico in Mexico City.