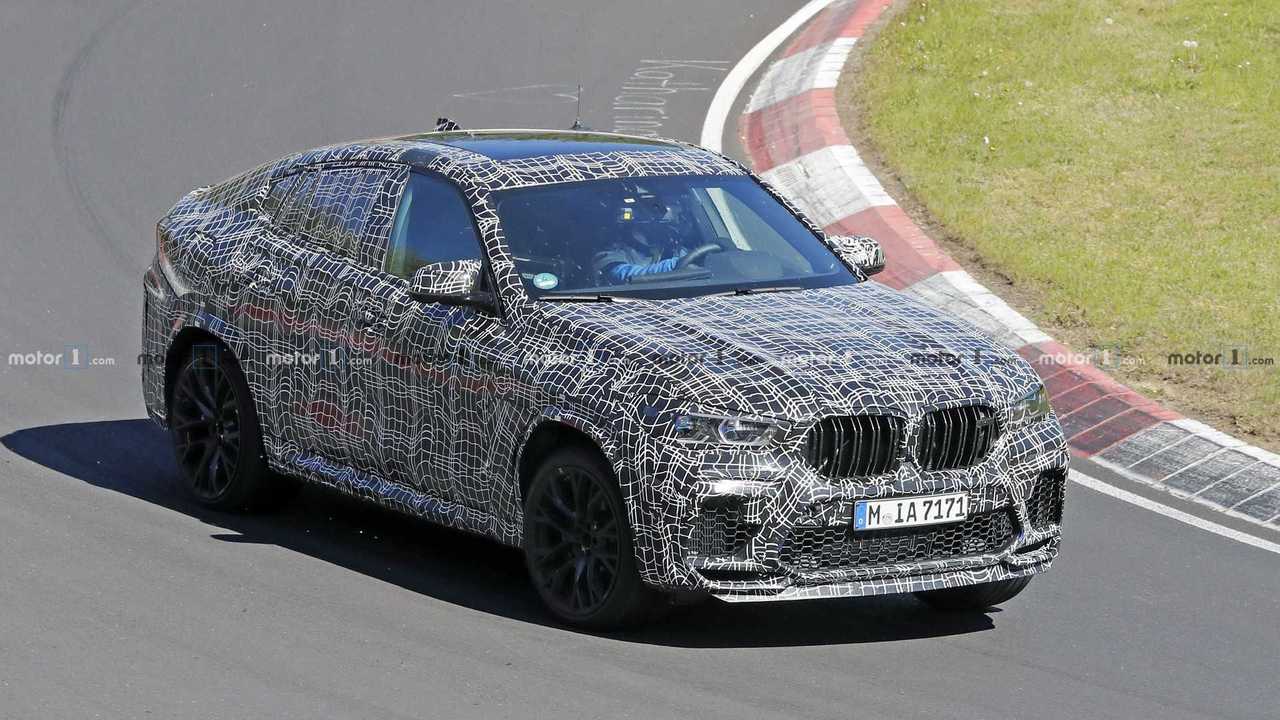 Despite the camo, you can tell from a mile away this is the M variant.

SUVs have become so popular that they’ve created a viable business case for premium automakers to create performance versions. That’s the reason BMW just added the X3 M and X4 M to its portfolio after launching the X2 M35i not that long ago. For good reason, the go-faster divisions of luxury brands are eager to get their hands on these SUVs to extract more power and make other upgrades to create new range toppers.

BMW has yet to reveal the next-generation X6, but as you can see, testing of the fully fledged M variant is well under way. The prototype caught by our spies at and around the Nürburgring had not only the typical camouflage, but also an extra layer of disguise held in place by tiny black rivets most noticeable on the tailgate. Despite the heavy mascara, it’s easy to see how BMW will spice up the M model to set it apart from the lesser members of the range.

Up front, there are massive air intakes near the corners of the bumper, along with a prominent spoiler lip. The test vehicle had the production-spec headlights and even the “X6 M” badge hiding behind a piece of black tape on the driver’s side kidney grille. Speaking of which, the blacked-out kidneys look quite large and imposing – fitting for such a big SUV.

As far as the side profile, it reveals the typical M mirror caps along with chunky wheel arches housing large alloys (19-inch set?) shod in Michelin Pilot Sport 4 tires. Blue calipers for those massive brakes denote this isn’t a run-of-the-mill X6, while the lower ground clearance hints at a stiffer suspension setup.

At the back, the quad exhaust system is probably the first thing you’ll see. The tailgate is home to a subtle spoiler lip complemented by a two-piece spoiler mounted on the roof. It appears BMW will be moving the license plate lower on the tailgate compared to the previous-generation model, while below it the sporty rear diffuser will accentuate the SUV’s M treatment.

BMW is expected to unveil the standard X6 before the end of the year, and chances are the M derivative will follow shortly. There’s also going to be an even hotter X6 M Competition with more of everything.