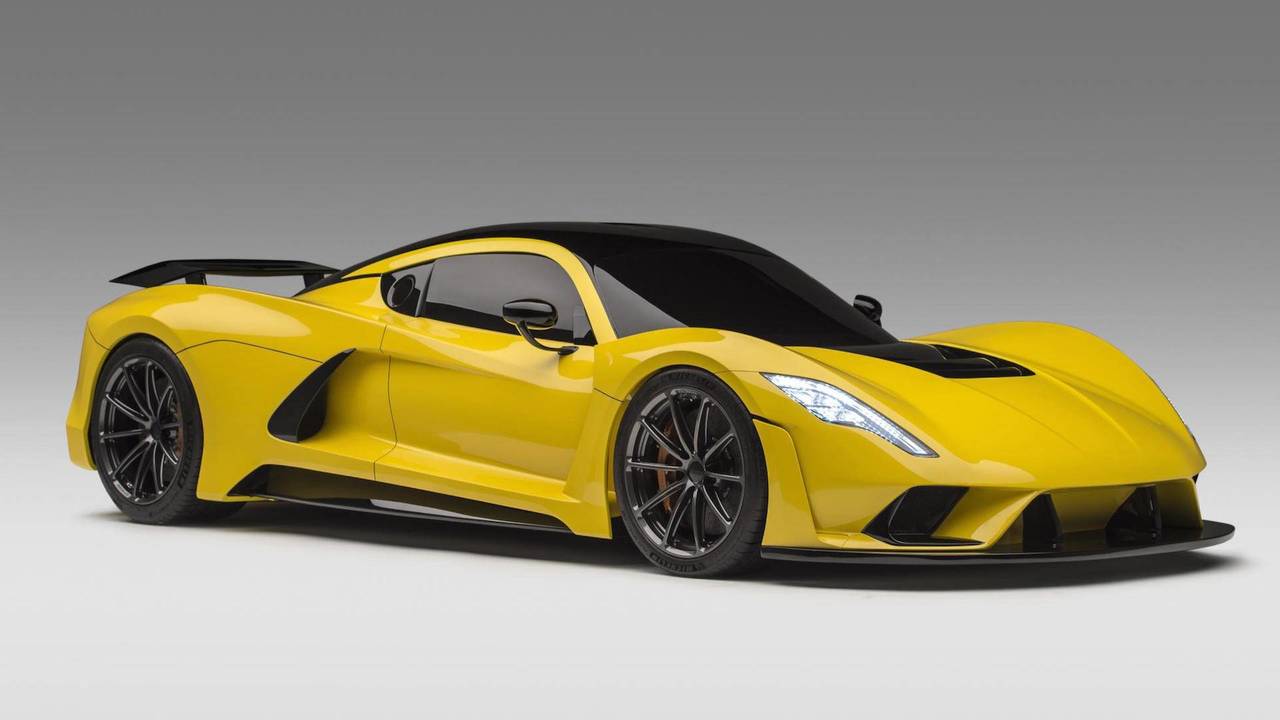 Deliveries should start in 2020.

Work on creating the first Hennessey Venom F5 carbon fiber chassis is now underway, according to company boss John Hennessey on the firm's podcast (watch it below). He estimates actually being able to share photos of the tub in two or three months. An earlier report indicates the business intends to show it during Monterey Car Week in August.

The previous Venom GT used a modified Lotus monocoque. The F5 "really demanded its own chassis," according to Hennessey.

The Venom F5 packs an enormous 7.6-liter twin-turbo V8 that makes 1,600 horsepower (1,193 kilowatts) and 1,300 pound-feet (1,762 Newton-meters) of torque. For strength, Hennessey mills the engine block out of a block of aluminum and then adds steel cylinder sleeves. The company targets the powerplant to push the F5 to a record-setting top speed of 311 miles per hour (501 kilometers per hour).

In addition to the monocoque, the F5's body is also all carbon fiber. Hennessey estimates the super car's weight to be below 3,000 pounds (1,360 kilograms). The slippery shape would offer a drag coefficient of 0.33.

The timing of starting assembly on the chassis seems in line with Hennessey plan to begin high-speed testing for the Venom F5 in September. The company intends sales of the $1.6-million supercar to begin in 2020, and the business is limiting production to 24 units – 12 for the United States and a dozen for the rest of the world.

Those 24 examples might not be the end for the Venom F5 because Hennessey is also testing the public interest in building an open-roof version. If the variant happens, don't expect to see it for at least a couple years.