Car and Driver have found themselves surprised by the performance of the latest BMW M5 on multiple occasions. The numbers put forth by the M5 in various C&D tests seemed to be well beyond the capabilities of the car given its factory horsepower and torque ratings.

In short, Car and Driver seems to think that BMW is sandbagging a bit and underrating the car. The BMW M5 is rated at 600 horsepower (617 for the M5 Competition) and 553 lb/ft of torque. Although the M5 takes advantage of the traction afforded by all-wheel drive, it's still a heavy machine, weighing over two tons. 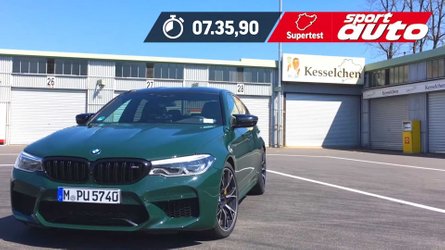 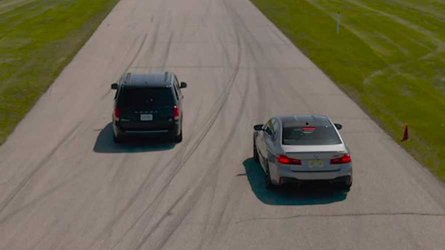 Those numbers make it all the more surprising that the M5 can sprint to 60 miles per hour in three seconds, with the quarter mile coming in a mere 11 seconds. In fact, those numbers put the M5 firmly into supercar territory. Having 600 horsepower at the crank in a 4,200 pound sedan is not enough to make that happen, even with the traction benefit of all-wheel drive.

Car and Driver brought a new M5 Competition to Livernois Motorsports in Dearborn Heights, Michigan. Livernois is well-known among musclecar aficionados as one of the premier sources for performance parts for late-model domestic performance cars.

Once there, they strapped the M5 to the Dynojet dyno, and were shocked to discover that the car made 617 horsepower to the wheels. That's exactly the M5 Competition's factory rating at the crank, except, in real life, the car is making that power to all four wheels.

Furthermore, torque at the wheels was measured at 606 lb/ft. That's almost ten percent more than the factory crank torque rating.

To say we're pleasantly surprised is an understatement. For BMW to underrate the M5 like this has us wondering what else they have up their sleeve. We can't wait to find out.