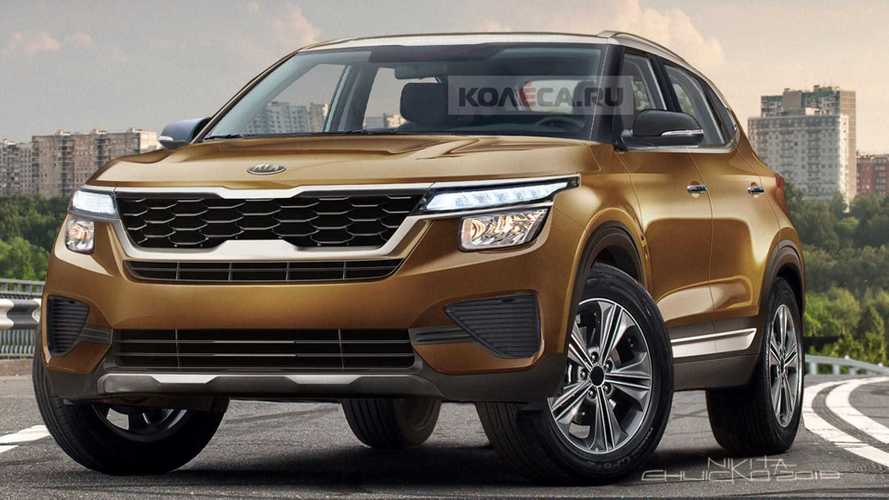 In India, the crossover is reportedly called the Tusker.

A production version of the Kia SP Signature concept is on the way, and the rendering artists at Kolesa are imagining how the road-going version of the crossover might look. There are a lot of elements here that come straight from the show vehicle.

The new Kia crossover is small but has chunky styling that makes it look a little more aggressive. Skinny LED headlights integrate into the sides of the grille. This one wears a tri-tone color scheme with black trim on the lower sections, a bronze body, and silver roof. The model would reportedly slot below the Sportage in the brand's lineup.

The powertrain is the biggest mystery for the Tusker. Rumors suggest that it would be available with a 1.4-liter turbocharged four-cylinder or 2.0-liter naturally aspirated engine. A seven-speed dual-clutch automatic would allegedly among the transmission choices, and the model would only come with front-wheel drive.

Kia first showed off this shape as the SP Concept in 2018 and further refined the look with the SP Signature Concept (gallery above) in 2019. The company designed the vehicle with the Indian market in mind as part of a product offensive to begin selling vehicles there. In India, the crossover would reportedly go under the Tusker brand name, but it's not yet clear whether that moniker would apply in other markets, too.

The production Tusker will likely make an initial debut in India in the coming months. Kia CEO Han-Woo Park also confirms the model's availability in the United States in the second half of the year. Rather to having production in India, the North American examples would come from a Kia plant in South Korea.