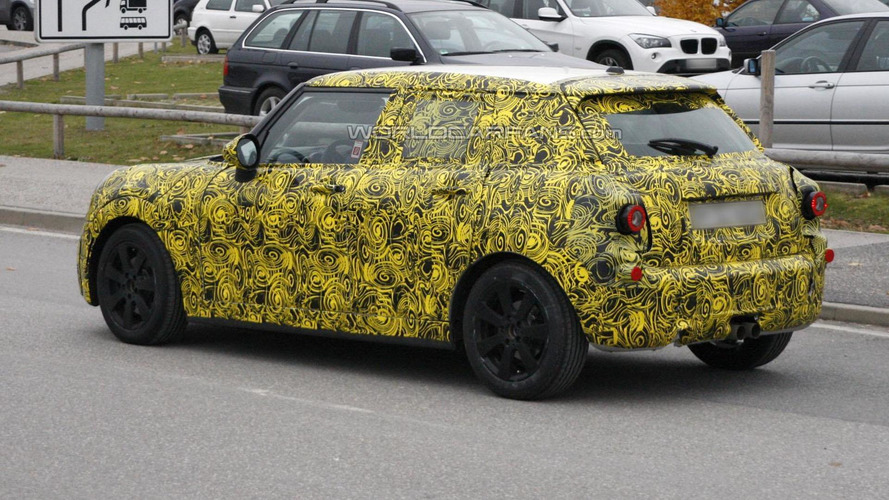 MINI's ever-expanding lineup is about to gain another addition as our spies have snapped photos of a five-door Cooper.

MINI's ever-expanding lineup is about to gain another addition as our spies have snapped photos of a five-door Cooper.

Essentially a more practical version of the Clubman, the five-door Cooper has a familiar design with a prominent grille and rounded headlights. We can also see a tailgate-mounted spoiler, seven-spoke alloy wheels and a center-mounted dual exhaust system which implies this prototype is an "S" variant.

The model will ride on the UKL platform which will also underpin the production version of the BMW Concept Active Tourer. It has a modular design and the five-door Cooper appears to ride on an extended-length version of the architecture.

Engine options remain unconfirmed, but we can expect the model will be offered with the new 1.5-liter three-cylinder TwinPower Turbo engine. BMW has previously said the petrol variants will have outputs ranging from 122-224 HP (90-165 kW) while the diesel will develop between 82-184 PS (60-135 kW).

The five-door Cooper is expected to be unveiled in the second-half of 2013.