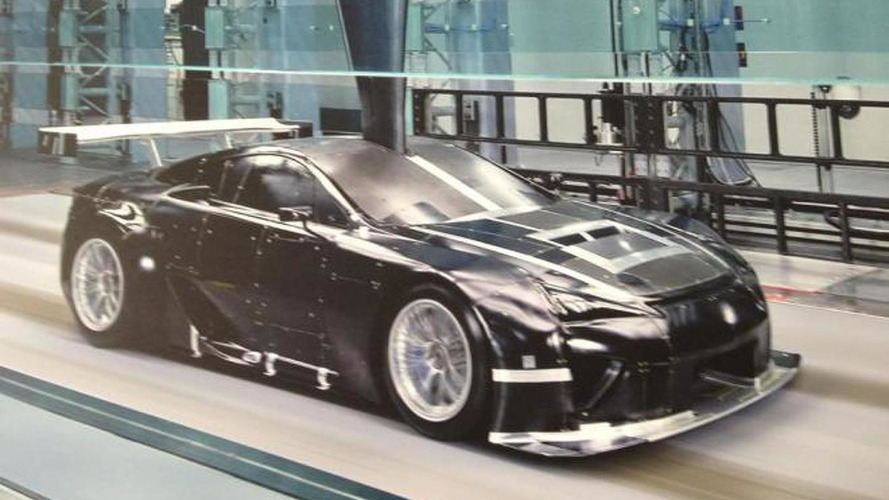 Lexus race driver Akira Iida tweeted this photo of a Lexus LFA racer on a rolling road. Could participate at next year's Le Mans series.

Various rumors are indicating that Lexus is working on a motorsport-exclusive version of the LFA to join the almost stock LFA that they have been using at some races, including the Nürburgring 24-Hour. Chances are that the car in this photo is the LFA GTE racer which Akira Iida will drive in next year’s Le Mans series.

He didn’t reveal any sort of information about the car but we assume that an official announcement will be made soon. If Lexus does plan on competing in the Le Mans series, they will have to face some serious competition coming from several McLaren, Ferrari, Mercedes and Corvette models.