A Porsche badge can now be seen at the back.

Last week, the Porsche Cayman GT4 was seen around the Nurburgring making beautiful noises. It also lapped the Green Hell for its testing session and we could definitely see more of its skin than the previous spy shots.

These latest spy images show the almost-production ready Cayman GT4. The Porsche badge is now seen at the back, however, the crescent at the fascia is still missing. Nevertheless, these high-resolution photos will pretty much show you what the 2020 Cayman would look like.

Current information in the rumor mill states that the Cayman GT4 would come with a naturally-aspirated 3.8-Liter flat-six that makes 420 horsepower (313 kiloWatts). This power will be sent to the rear wheels via six-speed manual transmission, albeit, a dual-clutch gearbox is reportedly joining the lineup towards the end of 2020.

To shed off around 110 pounds (50 kilograms), the new Cayman may have thinner glass materials and a more race-ready cabin. The weight loss would, of course, benefit performance on corners and faster acceleration times. 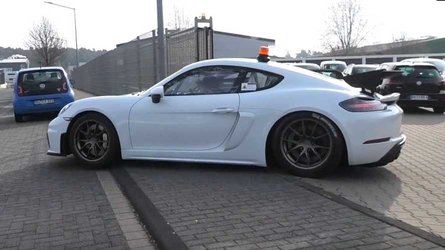 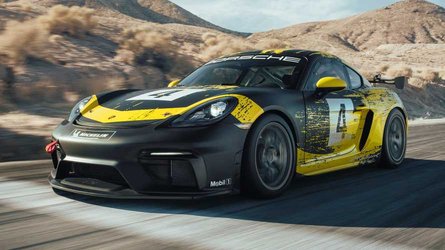 The new Cayman GT4 is believed to be revealed at the Goodwood Festival of Speed in July. It still isn't confirmed whether a Boxster Spyder will join the hardcore sports car in its public debut, but you can count on Porsche to drop tidbits of information as the date nears.