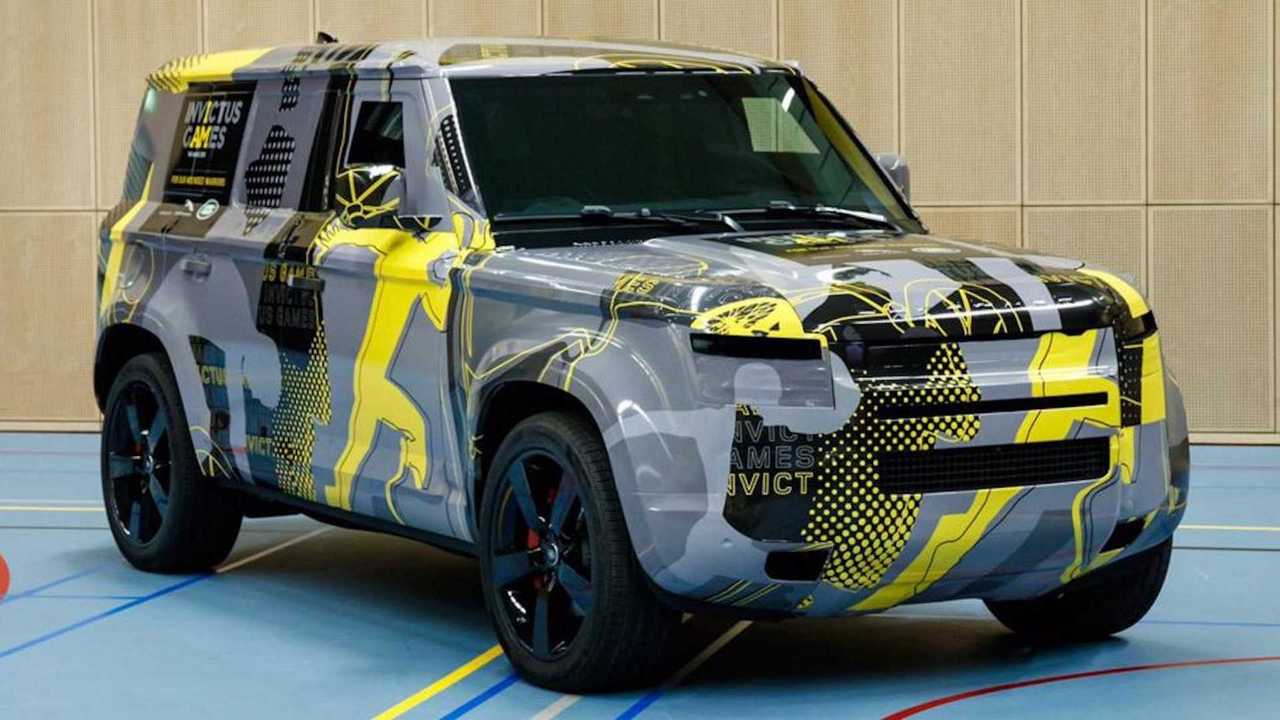 The Defender drops its camo for a different livery.

The Land Rover Defender isn't due for public reveal until around September of this year, but the British marque drops its camouflage wraps a bit early into its final testing phase. Albeit, it's still wrapped but with a different livery from the fifth Invictus Games.

To jumpstart the 12-month countdown to the fifth Invictus Games, Jaguar Land Rover, the event's official presenting partner, showcases the upcoming revived Defender. Also part of the celebration is the Duke of Sussex, Prince Harry, who's the patron of the Invictus Games Foundation.

The Invictus Games use the power of sport to inspire recovery and rehabilitation of wounded, injured, and sick servicemen and women. It's also used to generate a wider understanding of and respect for these handicapped individuals.

In a similar tone, Jaguar Land Rover showcases the Defender, a revived nameplate and a symbol of perseverance and determination – a perfect juxtaposition for an almost four-decades-old name. Jaguar Land Rover has been the presenting partner of the Invictus Games since its inaugural games in 2014.

"Everyone at Jaguar Land Rover is hugely passionate about the Invictus Games. We are delighted to continue as Presenting Partner for 2020. Having been to the US, Canada and Australia, we are excited to welcome this inspirational event back to Europe. I am so proud the competitors will be among the first people in the world to drive the new Defender when they compete in the Jaguar Land Rover Driving Challenge in The Hague," said Prof. Dr. Ralf Speth, Jaguar Land Rover Chief Executive Officer.

The Invictus Games will happen from May 9-16, 2020 and will bring together 500 competitors from 19 countries.