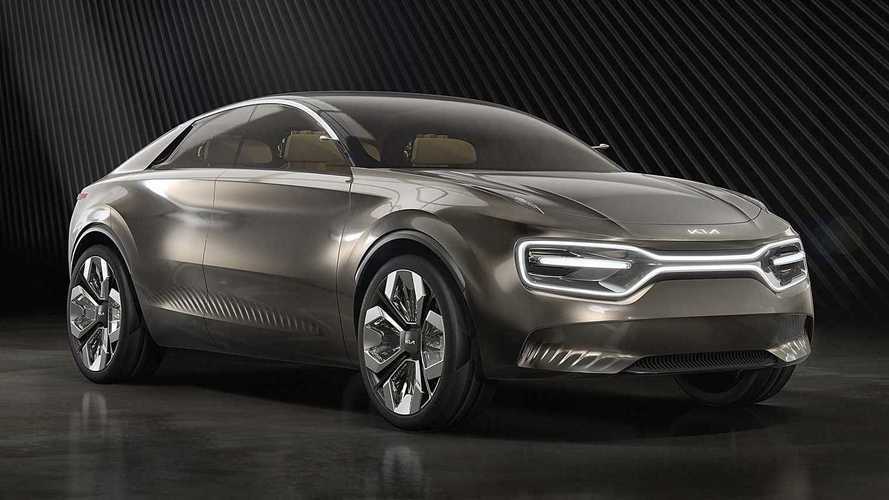 The concept was a coupe-inspired crossover with a wild interior.

The Imagine by Kia concept from the Geneva Motor Show will form the styling basis of the brand's upcoming range-topping electric vehicle. "We are creating it as we speak. This is the start of a process, but you will see soon the result,” Kia design boss Luc Donkerwolke told Auto Express. Unfortunately, Donkerwolke didn't say exactly when the production-spec model's debut would be.

Gallery: Imagine by Kia concept at the 2019 Geneva Motor Show

Kia intends the Imagine to have an appearance that doesn't fit into any specific segment. Although, the styling is most reminiscent of the current crop of coupe-inspired crossovers.

"I don’t see anything that’s really not feasible," Donkerwolke told Auto Express about the Imagine's appearance. "There are some cost-related issues that have to be validated; it hasn’t been done by designers who don’t understand how to build a car for production."

Elements like the suicide doors and LED strips for headlights are likely among the elements that wouldn't be "feasible." The concept's interior would especially difficult to bring into production because of the 21 high-resolution screens that span the dashboard in a manner akin to fanning out a deck of cards.

The production-spec Imagine would reportedly ride on Hyundai and Kia's upcoming dedicated electric vehicle platform that debuts in 2020. Unfortunately, the brands aren't offering any details about these underpinnings yet. Kia didn't even provide any powertrain specs when the company debuted the Imagine concept.

In November 2018 Donckerwolke replaced Peter Schreyer as leader of design operations for the entire Hyundai Motor Group. The promotion put him in charge of the styling of Hyundai, Kia, and Genesis vehicles. Earlier in his career, Donckerwolke had a hand in shaping Lamborghinis, including the Murcielago.