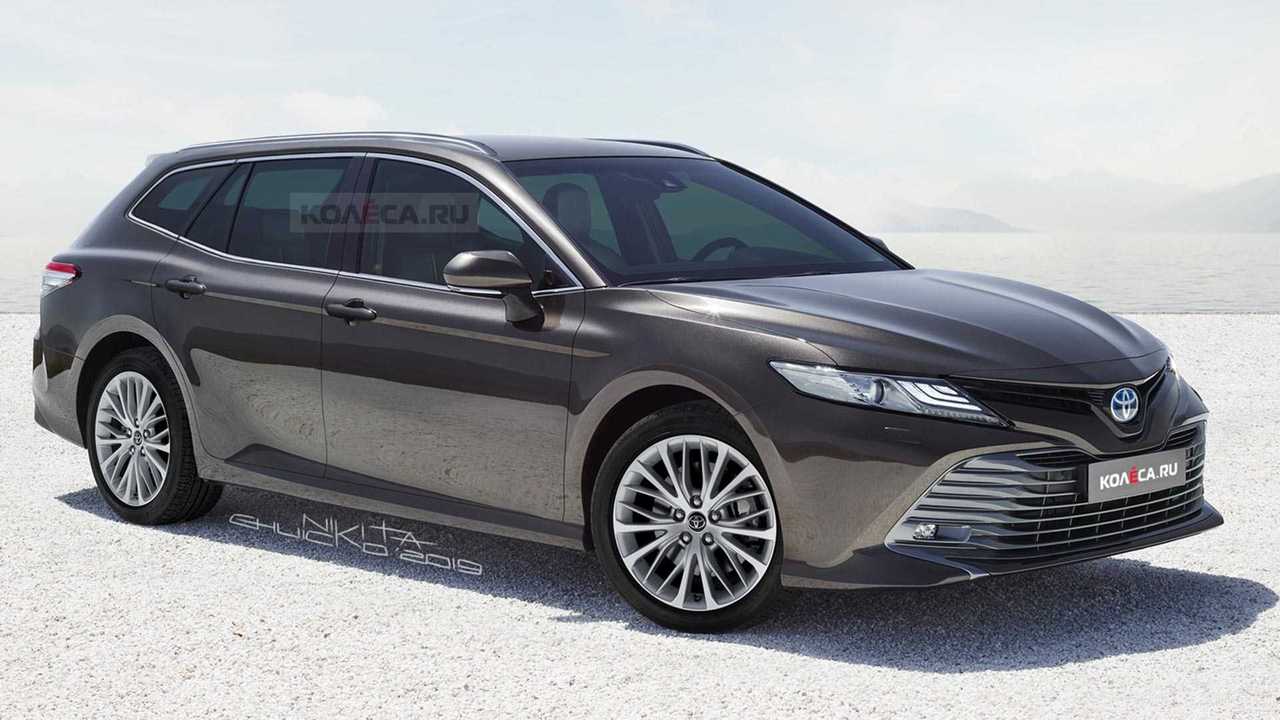 Don't expect Toyota to build a Camry wagon, but this rendering shows how good it could look.

Toyota offers quite a range of crossovers and SUVs in practically any size that a buyer could need, but this broad lineup comes at the detriment of not selling any wagons in the United States since the retirement of the Prius V. A new rendering from Kolesa imagines an alternate universe where the Camry is still available as an estate, and the model looks great.

As with most wagons, the rendering's design leaves the look the same up to the B-pillar. Instead of curving down to the trunk, the estate keeps the roof relatively flat to reach the rear hatch. The artist here maintains the upward sweeping element at the back to that the wagon and sedan have a closer similarity.

The Latest News On The Camry:

Toyota Camry Production To Be Reduced Amid SUV Boom

In general, wagons provide the powertrain, amenities, and driving dynamics of their four-door counterparts but the extended roof means there is more cargo room. Depending on the vehicle's design, space in the rear seats can increase, too.

More Renders To Check Out:

During parts of the 1980s and 90s, Toyota offered a wide range of wagons in the United States. Depending on what size someone needed, they were able to pick long-roof versions of the Corolla, Camry, and even the big Cressida. Since then, the increasing popularity of crossovers has forced the company to change.

Now, even sedans are losing popularity. In 2018, Toyota had to slow down the production rate of the Camry because there wasn't enough demand for them. Through April 2019, the company has delivered 110,911 of them, down eight percent year-over-year from a volume of 120,615 units through April 2018.